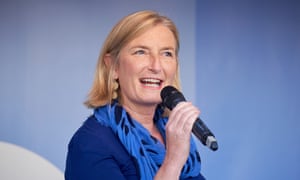 Backing for a second Brexit referendum in parliament is unlikely to be tested until after next week’s meaningful vote, as campaigners weigh up the best moment to try to win over the Labour leadership.

The Conservative MP Sarah Wollaston has scrapped plans to table a “doctors’ amendment” calling for the public to be allowed to exercise “informed consent” about Theresa May’s deal.

Wollaston said she would wait until after Tuesday in the hope that “Labour will by then be honouring its commitment to back a ‘people’s vote’”. 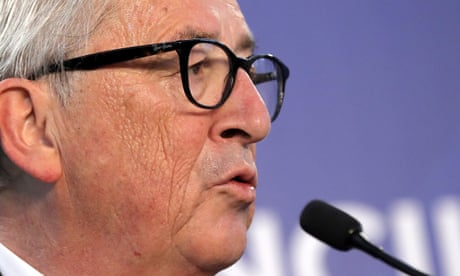 Juncker hints at helping out Theresa May over Brexit deal

Labour strategists had been discussing how the party should whip its MPs, in the event of an amendment being brought to the vote on Tuesday, and had not ruled out giving a free vote, reflecting varying views in the shadow cabinet.

But they are unlikely to have to make a decision until after Jeremy Corbynhas tabled a no-confidence vote in the government, which colleagues say he will do “expeditiously” after Tuesday’s vote, with May’s deal expected to be defeated.

Speaking in Wakefield this week, Corbyn stuck resolutely to Labour’s party conference line of first pushing for a general election, after which all options would remain on the table, “including campaigning for a public vote”.

His allies are keen to stress that even if May survives a no-confidence motion next week, backing for another referendum would not follow automatically. But Corbyn would come under intense pressure from the party’s membership, which is overwhelmingly anti-Brexit.

Downing Street is still hoping for concessions from the EU27 on the Irish backstop, to present to MPs before the vote. A spokeswoman for the prime minister said: “I think in terms of the assurances that the prime minister has said will be forthcoming, that will happen in the lead-up to the vote.”

May will be urged to open talks with Labour if MPs vote down her deal. She has already spoken to key union leaders, including Unite’s Len McCluskey, and to several Labour MPs, and has offered to accept an amendment on workers’ rights tabled by John Mann.

Another Labour MP, Jim Fitzpatrick, who represents Poplar and Limehouse, said on Friday he was edging towards backing May’s deal, adding: “I’m not quite there yet, but I’m not far away.”

Gareth Snell, the Labour MP for Stoke Central, who was part of a group, mainly from leave constituencies, that met the prime minister in Downing Street, has said the workers’ rights amendment could be a “starting point”. 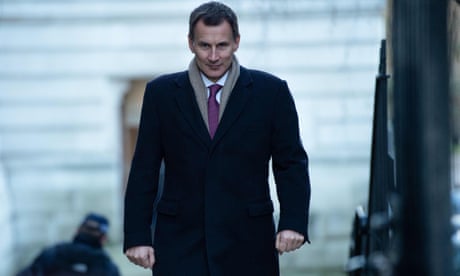 However, disparate groups of backbenchers appear unlikely to deliver the scores of votes the government would need to overturn what looks likely to be a significant majority against her deal, and cabinet ministers including Amber Rudd have hinted the prime minister may have to open cross-party talks.

Any move to seek an accommodation with Labour would infuriate rightwing Brexiters, but several cabinet ministers would probably prefer working with the opposition over pressing ahead without a deal.

The foreign secretary, Jeremy Hunt, said on Friday he believed parliament was “committed one way or another to try to stop no deal”. But May’s spokeswoman said: “The default position is that if the deal is not voted for, the UK will leave without one, and the only way to avoid that is to vote for her deal.”

Extending an invitation to Corbyn to enter negotiations about how best to navigate through the next few perilous weeks would present a dilemma for the Labour leader.

One close ally has warned he could be caricatured as “Ramsay MacCorbyn”, if he entered any kind of formal arrangement with May – after Ramsay MacDonald, the Labour leader who was reviled by colleagues for entering a national government with the Conservatives in 1931.

“We have no confidence whatsoever that she’s capable of working collaboratively on a so-called soft Brexit,” said one shadow cabinet member. But Corbyn has offered to support May if she offers a customs union and stronger promises on environmental standards and workers’ rights.

The shadow Brexit secretary, Keir Starmer, widely regarded by Labour MPs as being warmer towards the idea of a people’s vote than some other members of the shadow cabinet, has suggested Labour would be willing to talk to MPs from other parties about the best way forward.