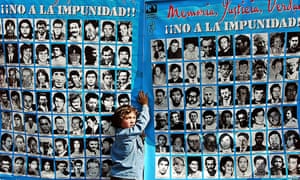 The European intelligence services wanted to learn about “Operation Condor,” a secret programme in which the dictatorships of Argentina, Paraguay, Uruguay, Chile, Bolivia, Peru and Ecuador conspired to kidnap and assassinate members of leftwing guerrilla groups in each other’s territories. 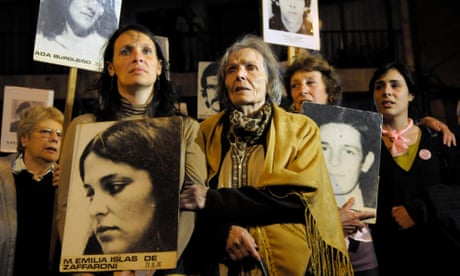 Exactly how many people died as a result is unknown, but the conspiracy led to the deaths of at least 100 people in Argentina. And according to the CIA document dated 7 April 1978, European spies were keen to find out how it worked.

“Representatives of West German, French and British intelligence services had visited the Condor organization secretariat in Buenos Aires during the month of September 1977 in order to discuss methods for establishment of an anti-subversion organization similar to Condor,” states the document.

“The terrorist/subversive threat had reached such dangerous levels in Europe that they believed it best if they pooled their intelligence resources in a cooperative organization such as Condor,” the Europeans told the Condor secretariat in Buenos Aires, according to the CIA document.

“They emphasized, however, that if such an organization were established (in Europe), all their operations against subversives would be closely coordinated so that the service of one country would not operate unilaterally in another country.”

The document forms part of an astounding 47,000 pages of secret US files relating to Argentina’s bloody 1976-83 dictatorship which were released on Friday.

Consisting mostly of CIA and FBI files, the previously unseen documents throw a sharp light on the dark operations of Argentina’s seven-year military regime and the gruesome methods it employed to annihilate thousands of mostly young people.

“These documents are very important,” said Gastón Chillier, of the Cels human rights group. “There are documents from six or seven different US intelligence agencies. We’re hopeful there may be information there that could help in the continuing trials against human rights offenders from the period.”

A total of 977 former military officers and collaborators are currently in jail for crimes relating to Argentina’s dictatorship, according to the human rights prosecution office in Buenos Aires.

Such crimes are described in gruesome detail in the files. One document spells out the first crude attempts by Argentina’s military to dispose of its victims after bodies washed up on the shores of neighbouring Uruguay in the second month of the dictatorship.

“The government of Uruguay has been informed privately by Argentine authorities that eight of the 10 bodies found along the Uruguayan coast are the result of Argentine anti-terrorists operations,” a State Department cable from May 1976 states. “The source said the bodies were jettisoned over the (River Plate) from Argentine helicopters after interrogations by Argentine authorities.”

Argentina’s dictatorship later perfected its disposal method, drugging victims before slitting their stomachs open and dropping them from planes into the Atlantic Ocean.

In another document, Robert Scherrer, the FBI legal attaché in Buenos Aires who had extensive contacts with the Argentine military, reported to Washington in October 1976 how the bodies of two Cuban security officers were disposed of.

Jesús Cejas Arias and Crescencia Galanena Hernández were kidnapped and murdered by the dictatorship in August 1976. 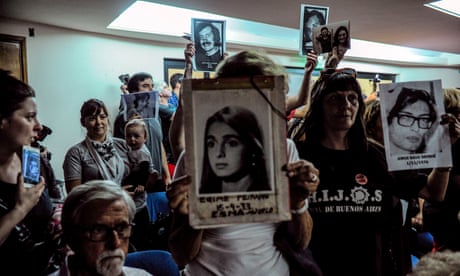 “Their bodies were cemented into one large storage drum and thrown into the Rio Lujan river,” Scherrer reported. “Because Cejas and Galanena had been immersed in water for such a considerable period of time facilitating rapid decomposition, it is doubtful that they will be identified.”

One heavily-redacted CIA document from December 1976 describes how many so-called “confrontations” with leftwing guerrillas were in reality “fabrications on the part of the authorities designed to explain away the killing of prisoners who had been under detention.”

Another state department cable in the cache dates from July 1978, a month after Argentina hosted and won the Fifa world cup. 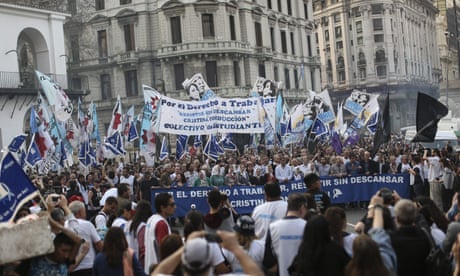 Blaming the victims: dictatorship denialism is on the rise in Argentina

The document says that Vatican diplomats informed the US embassy how “in mid-June (right in the middle of the World Cup games) a female psychologist was abducted by security forces and held for 15 hours.” During her detention, the psychologist, a polio victim confined to a wheel chair, was tortured and interrogated with electric “picana” (an electric cattle prod) regarding the whereabouts and activities of one of her patients.

The release of the documents fulfills a formal request made by Argentina in 2016, on the 40th anniversary of the military coup, during a state visit to Argentina by then-president Barack Obama.

This third release marks the end of Declassification Project for Argentina, following the release of two tranches of the documents during Obama’s administration.