Brexit backstop amendment would give May ‘enormous firepower’ | Politics | The Guardian 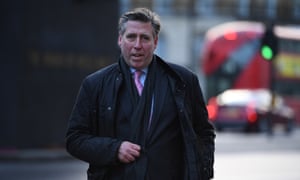 Theresa May would go back to Brussels with “enormous firepower” to renegotiate her Brexit deal if the Commons backed an amendment watering down the Irish backstop provision, a senior Conservative backbencher has said before a crucial series of votes. 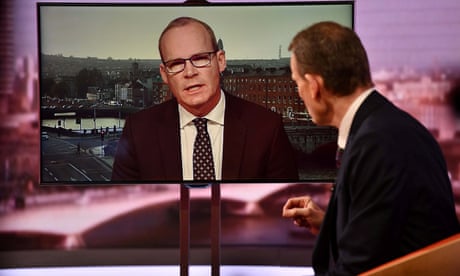 Graham Brady said he was hopeful of ministerial support for his amendment, which says the backstop should be replaced by “alternative arrangements to avoid a hard border”, even though Ireland has repeatedly stressed such a change cannot happen.

His is among a series of amendments intended to change the backstop that could be picked for voting on Tuesday night. Another group aims to prevent the possibility of a no-deal Brexit, if agreement cannot be reached in time.

The most prominent of the amendments, tabled by the Labour MP Yvette Cooper, would oblige the government to extend the Brexit deadline if an agreement had not been struck by the end of next month.

Nick Boles, the Tory backbencher who is pushing for the plan alongside Cooper, argued on Monday it was vital this amendment attract enough support to be passed.

“If we don’t seize the moment tomorrow afternoon then we’re at grave risk of just driving off the edge on 29 March, without really wanting to, and when there might be a compromise that we could achieve if had a few more months,” he told BBC Radio 4’s Today programme.

There is speculation that the government could formally back Brady’s amendment, which is intended to bring back onboard the many Conservative and DUP MPs who voted against May’s Brexit plan when it was overwhelmingly defeated in the Commons earlier this month. 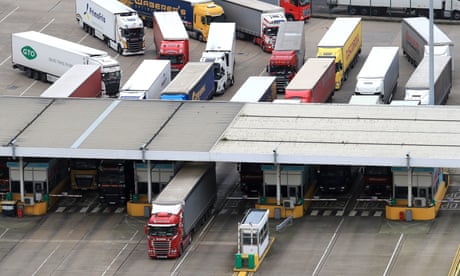 Much of the opposition centred around the backstop, the indefinite insurance policy that would keep Northern Ireland in customs alignment with the Irish Republic to avoid a hard border if no permanent deal or other arrangement could be found.

The vote against May’s deal “didn’t necessarily indicate that the agreement is dead”, Brady, who chairs the 1922 Committee of Conservative backbenchers, told Today, just that MPs had “a very, very fundamental problem” with the backstop.

Brady said his amendment was intended to break the impasse: “I’m hoping that the way in which the amendment is crafted can attract that very broad support. And if we can win the vote on my amendment, then I think it gives the prime minister enormous firepower when she goes back.

“If my amendment is carried, she goes back to Brussels and says: you wanted to know what we can get through the House of Commons? This is it.”

However, the EU and Irish government have repeatedly stressed that the backstop cannot be watered down, as reiterated on Sunday by Simon Coveney, the Irish foreign minister and deputy prime minister.

The backstop, “as part of the withdrawal agreement, is part of a balanced package that isn’t going to change”, Coveney said.

In his regular Daily Telegraph column on Monday, the former foreign secretary Boris Johnson argued that any changes to the backstop must be made to the withdrawal deal itself.

Brady agreed that the change must be legally binding, adding: “I don’t think anybody’s going to accept something which is just warm words.”

The Cooper and Boles plan seems set to get formal support from Labour, but the government is unlikely to allow ministers a free vote.

Some ministers, among them Amber Rudd, Greg Clark and David Gauke, are reported to be considering this to prevent the idea of a no-deal departure.

“I certainly don’t want to see anyone resigning over this,” Boles said. “But this is the last chance for parliament. This is probably the only opportunity parliament is going to have to intervene in this process, to take control.”

He added: “29 March is an entirely arbitrary date, just two years on from when we sent the letter. There’s nothing fundamental about it. And the truth is the prime minister has wasted time. She delayed the vote by a whole month over Christmas and New Year, as she thought she would lose it. She then went on to lose it by a greater margin.”

Damian Hinds, the education secretary, declined to say what the government might do with the amendments.

“We don’t know yet what people are going to say tomorrow,” he said. The PM’s commitment has been really clear: she’s going to listen and she’s going to see where that common ground is that we can move forward on, and then she will take that to the European Union, represent those points in order to be able to find a way forward.”

Sorgente: Brexit backstop amendment would give May ‘enormous firepower’ | Politics | The Guardian