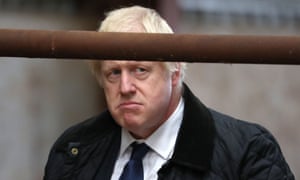 The prime minister takes his game of Brexit bluff to Dublin tomorrow, seemingly unconcerned that his mendacity is now visible to all

The self-image of the public-school ethos from which Boris Johnson springs is best expressed in Thomas Hughes’s high-Victorian novel, Tom Brown’s School Days. But Johnson’s own model is surely not the honourable Tom but the contemptible cad Harry Flashman, as he is so hilariously reimagined in George MacDonald Fraser’s The Flashman Papers. The arch-bounder was sometimes suggested as an avatar for David Cameron but he is surely a better match for Johnson. He rises inexorably to become Sir Harry Flashman VC and brazenly informs us that “all my fame and glory has been earned by accident, false pretence, cowardice, doing the dirty, and blind luck”. Flashman makes his career in the military and explains: “Some human faults are military virtues, like stupidity, and arrogance, and narrow-mindedness.”

We may take assurance from the very fact that Johnson is prime minister that the same goes for politics. Some human faults – mendacity, cynicism, opportunism, bluster, recklessness – are political virtues. But only up to a point. Those qualities have taken Johnson to the pinnacle of power. Shamelessness is practically a requirement for high office. But as we have seen in a dramatic week, the vices that allow you to take power are not much use when you have to wield it – at least not yet and not in a country whose battered democracy retains some life.

Trust is still an asset and Johnson’s stock of it is fatally low, not least in Dublin, where he will meet the taoiseach, Leo Varadkar, on Monday. The backstop that has been the cause of so much angst for the Brexiters exists quite simply because Ireland is not prepared to take on trust British reassurances that everything will be fine on the border. There are deep historic reasons why any Irish government would prefer written legally binding guarantees to such vague insouciance. Nothing in the haphazard progress of Brexit has weakened that basic instinct. The arrival of a prime minister who can be trusted only to be untrustworthy has killed off any remaining notion that the whole thing can be dealt with as a matter of good faith. 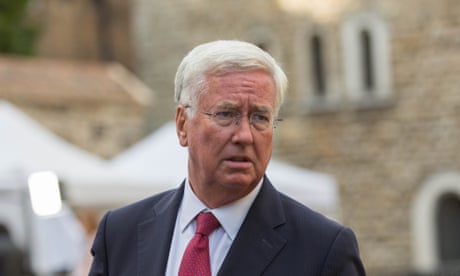 Nobody with a stim of wit has ever believed that Johnson tells the truth about anything. What he has been able to create instead is the willing suspension of disbelief. Like an audience in the theatre, his editors, readers and political supporters have maintained an unwritten contract with him. In the endless show known as “Boris being Boris”, he will tell them not what is true conservative leadership but what they want to believe. The 92,000 people who voted to make him leader of the Tory party took this suspension of disbelief to its ultimate conclusion. They cut the last ties between the Brexit project and reality, accepting Johnson’s contention that belief is all that matters. Never mind whether the promise of national liberation and a “clean break” from the EU is real or not – there is nothing to believe but belief itself.

It is true that somewhere within this mad performance lay the notion that Johnson would change once he became prime minister. Flashman would become Tom Brown, the dissolute Prince Hal would be transformed into the warrior-king Henry V. Johnson, in his own construction of Boris-as-Winston had encouraged his fans to contemplate the idea that the great Churchill was a bit of a bounder himself – until the great hour of destiny called forth his true self and he saved the nation. But this scenario missed the most obvious aspect of Johnson’s strange persona: arrested development. For anyone who harboured these illusions, his first appearance for prime minister’s questions on Wednesday was a merciless exposure. There was no emerging butterfly of statesmanship, just a threadbare cocoon of adolescent debating society antics. His bizarre remake of Police Academy at Wakefield showed how far out of his depth he has waded.

Exposed, too, are the limits of mendacity. Johnson has made a great career from it but it has taken him to a place where it finally meets resistance. Hovering over last week’s events were two big, brazen lies. One is that the prorogation of parliament was not an attempt to stop it acting to haul him back from a no-deal exit from the EU on 31 October. The other is that Johnson’s team is engaged in profound and rapidly progressing negotiations with the EU commission that will secure some great concession – if only the threat of no deal is maintained.

There are, of course, plenty of Tories willing to suspend their disbelief in these patent shams, to act as if this is all just another episode of Johnson’s familiar shtick. But “Boris being Boris” has the same relationship to political and economic actuality that Have I Got News For You has to the News at Ten: it is a mockery of reality. And in this case it was more like Have I Got Old News For You, a rerun on a cheap channel of a show whose jokes are not funny any more. Johnson’s career in mendacity was always powered by a misplaced sense of inconsequentiality. The problem with being prime minister is that you can’t maintain a clownish prerogative – if your claims have no consequences, why are you in power? That awkward thing called truth comes into the equation and as soon as it does, Johnson’s game is up.

His authority evaporated primarily because it came up against a force that still has some purchase on British politics: self-respect. No self-respecting parliament could go along with what Johnson and Dominic Cummings wanted Westminster to do, which is not just to render itself impotent but to collude in an obvious lie about why it was being suspended. That collective self-respect was mirrored in the dignity of the relatively small but crucial group of Tory MPs who simply could not abide the self-abasement that Johnson demanded of them. We sometimes mock politicians for their self-importance, but last week was a reminder of why it matters that enough of them think sufficiently highly of themselves not to be content to go down in history as mere toadies.

Having floated to the top on wave after wave of deceit, Johnson has never had to understand that you can’t exercise power in a democratic system unless a lot of people trust you. In his case, almost nobody does – and now it matters. When 59% of your own country say they wouldn’t buy a used car from you, how can you sell anything to the EU? Johnson’s whole strategy has been to make no deal credible to the EU, in the belief that once they accept his willingness to light the fuse, they will try to mollify him. But it has also been the opposite: to try to convince his own parliament that he doesn’t really want no deal after all and is only threatening it as a negotiating ploy. This double confidence trick would be very hard to pull off in any circumstances but it is patently impossible when he has no credibility to begin with.

There is, of course, one way out for Johnson. His lack of credibility matters only so long as democratic norms of scrutiny prevail. The deeper international rightwing project is to abolish those norms. Johnson can hope that a fervent English nationalist election campaign might do so by creating a new parliamentary majority from populist contempt for parliament itself. He can still gamble that he can do without trust and credibility because enough voters simply don’t care about them.

Flashman, at one point, tells us what happens to his career when Tom Brown’s School Days appears and exposes him as a bully and a liar: nothing. “The fact is, some truths don’t matter… Folk simply don’t want to know that such a paladin was a rotter and a bully… and if he was, they don’t care… So my shining reputation’s safe, which is how the public want it, bless ’em.”

Fintan O’Toole is a columnist with the Irish Times and author of Heroic Failure: Brexit and the Politics of Pain

Sorgente: The vices that led Johnson to the top are useless when it comes to wielding power | Fintan O’Toole | Opinion | The Guardian