Paracetamol poisonings have jumped 44% in 10 years. We must change how it’s sold | Rose Cairns for the Conversation | Australia news | The Guardian 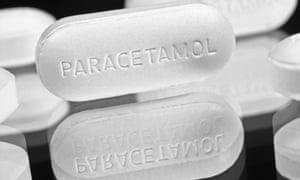 Most of us take paracetamol every now and again to reduce pain or fever. As far as medications go, it’s one we’re unlikely to associate with harm.

But in a study published on Monday in the Medical Journal of Australia, my colleagues and I reveal a concerning increase in paracetamol poisonings, and resulting liver damage, in Australia over the last decade.

In fact, paracetamol is actually the No 1 pharmaceutical Australian poisons centres receive calls about.

Why don’t doctors trust women? Because they don’t know much about us

Paracetamol is safe if used appropriately, at a maximum of four grams a day in adults (equivalent to eight 500mg tablets, or six 665mg modified-release tablets). But when this dose is exceeded, there is a potential for harm. And the bigger the dose, the greater the risk.

It’s time to consider restrictions, including reducing pack sizes and changing the way paracetamol is sold.

We analysed data from national hospital admissions, poisons centre calls and coroners’ records to examine poisonings, liver injuries and deaths. The annual number of cases of paracetamol poisoning increased by 44% from 2007-08 to 2016-17.

In that time, we recorded more than 95,000 paracetamol-related hospitalisations.

Liver injury from paracetamol has doubled over the same period. This is likely because people are taking more tablets when they overdose than in previous years, increasing the risk of liver failure. More than 200 people died from paracetamol poisoning in Australia in the 10-year period.

What a paracetamol overdose does to your body

Paracetamol itself is not toxic, but in large amounts it overwhelms the body’s ability to process it safely. This can lead to buildup of a toxic metabolite (or break-down product), which binds to liver cells, causing these cells to die.

The quantity that constitutes a toxic dose depends on circumstances including the time period in which the paracetamol is taken, and the person’s weight. But any adult ingesting more than four grams in a day could be at risk.

In severe cases, liver failure means the person will need a liver transplant or they won’t survive.

Paracetamol is the leading cause of acute liver failure in the western world.

There is an antidote to paracetamol toxicity, called N-acetylcysteine, which is given as an intravenous infusion in hospital. Importantly, NAC works best when given early: it should be started before any symptoms appear. Symptoms of paracetamol poisoning – nausea, vomiting and abdominal pain – indicate damage has already started.

Patients who take very large overdoses, and overdoses with modified-release paracetamol, are more likely to sustain liver failure despite treatment with the antidote.

Modified-release paracetamol comes in a higher strength, designed to be released over a longer period, which can be confusing and result in overdose.

Overdoses can be either accidental or intentional and our figures include both.

Paracetamol is not a drug people become addicted to, or dependent on, in the same way people do with opioids or other drugs. Intentional poisonings occur when people knowingly take too much paracetamol as a form of self-harm. In our research, about three-quarters of cases were intentional.

People might accidentally overdose because they are in pain, and believe that because paracetamol is so widely available it must be safe. They take more than the recommended dose, or take multiple different paracetamol-containing products together.

Poisons centres also receive calls about children having too much paracetamol, usually owing to dosing errors or a child finding and ingesting the medicine.

Some tips to avoid accidentally overdosing

It’s important to be aware of the many brands of paracetamol-containing products, including cold and flu products, to avoid doubling up. People should also read the pack and ensure they follow the dosing instructions.

Parents should consider the following to avoid overdosing in children:

Changing the way paracetamol is sold

Paracetamol poisoning and resultant liver injury is preventable. Some simple public health measures could have a significant impact.

In Australia, paracetamol can be bought outside of pharmacies (for example, in supermarkets) in packs of 20 tablets. In pharmacies, packs of 100 can be bought without needing to speak to a pharmacist.

In both cases, there are no legal restrictions on the number of packs one person can buy. This is out of step with many other countries, especially the UK and Europe.

The UK restricted packs to 32 tablets in pharmacies and 16 tablets outside of pharmacies in 1998, as a response to increasing deaths from paracetamol. This resulted in a long-term reduction in paracetamol poisonings, liver injury and deaths.

Many European counties don’t allow non-pharmacy sales of paracetamol, and have small packs in pharmacies. Denmark has gone one step further, restricting paracetamol sales to those aged 18 and over.

In our study, modified-release paracetamol overdoses increased by 38% each year, and were disproportionately involved in deaths.

Modified-release paracetamol has been completely banned in Europe. This is due to documented harms including increased risk of liver failure and death. 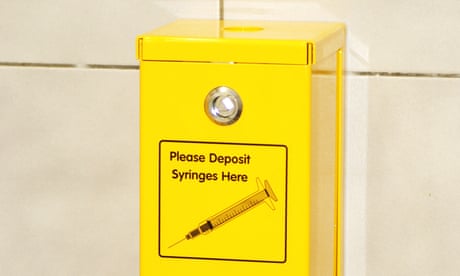 The Therapeutic Goods Administration recently announced modified-release paracetamol would become schedule three in 2020, meaning it will be behind the pharmacist’s counter.

This restriction is a step in the right direction but ignores the fact that regular paracetamol can be purchased in large quantities without consultation with a healthcare professional.

Due to its widespread use, paracetamol is likely to remain a common source of poisoning. Our study shows it’s increasingly important we take measures to reduce harm from these events.

Restricting pack sizes and restricting availability of modified-release paracetamol are crucial first steps. We also need increased public awareness of how to use paracetamol safely.

• If this article has raised issues for you, or if you’re concerned about someone you know, call Lifeline on 13 11 14. For advice on suspected paracetamol overdose, call the Poisons Information Centre on 13 11 26

• This article was originally published in the Conversation. Rose Cairns is a lecturer in pharmacy at the University of Sydney

Sorgente: Paracetamol poisonings have jumped 44% in 10 years. We must change how it’s sold | Rose Cairns for the Conversation | Australia news | The Guardian