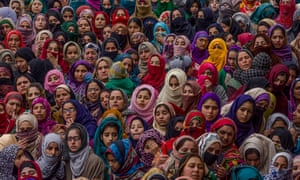 On Friday, the four-day-long military flare-up between Pakistan and India began winding down, with Islamabad handing back an Indian air force pilot taken captive by the Pakistan army two days earlier. He had been shot down in the first aerial fighter combat between the two South Asian enemies since a full-scale war in 1971.

Yet, forgotten in the Indian euphoria is the fact that Kashmir, where the deaths of 40 security men in a suicide bomb attack last month triggered this latest crisis, continues to simmer. Even as the pilot walked free, four policemen died in an encounter with Kashmiri militants.

The wider story in a crisis with such potential devastation, involving, as it does, nuclear powers, is that the Modi government has launched a nationwide anti-Muslim agenda that regards Muslims as unpatriotic, Pakistan as a cunning and implacable foe and Kashmiri separatists as its willing tools.

In the narrative of the ruling National Democratic Alliance, which Narendra Modi of the Hindu nationalist BJP has headed for almost five years, all violence in Kashmir is blamed on Pakistan. To be sure, Pakistan has inflamed the separatist movement with diplomatic and moral support, weapons, training and even jihadist fighters sent by the army to serve “tenures” in Kashmir.

Yet the wellsprings of Kashmiri separatism are indigenous and sustained Indian mismanagement means Pakistan now needs to do little to keep Kashmir burning. Successive governments, including the Congress-led United Progressive Alliance that ran India from 2004 to 2014, are guilty of neglecting the province. However, Modi’s has made neglect into a strategy.

Advised by Ajit Doval, a former intelligence chief who is now national security adviser, Modi seeks to tire out the Kashmiri resistance. This involves refusing to acknowledge the political root of the Jammu and Kashmir problem, treating it instead as a mere security issue that is best managed by giving the security forces a free hand.

Kashmiri separatist leaders and the young people who come out on the streets at their behest are considered Muslim traitors, rather than the manifestation of a political problem that has to be discussed and resolved, not militarily crushed.

Modi’s hard line on Kashmir and Pakistan dovetails conveniently with the BJP’s “Hindutva” ideology, which rests on the notion of a Hindu culture and civilisation and, therefrom, a consolidated Hindu vote bank. Towns, villages and campuses across Kashmir simmer with resentment at Modi’s encouragement, or at least toleration, of a profoundly anti-Muslim agenda. Young Kashmiris point to militant gau raksha (cow protection), initiatives such as ghar wapsi (reconversion to Hinduism), regulations preventing Muslims from praying in public and the “love jihad” bogey that propagates a narrative of Muslim men feigning love to Hindu women to convert them to Islam.

There is an acute awareness of the discrimination faced by Kashmiri youth who seek work outside the state, such as difficulty in renting houses and even targeted violence after incidents such as the recent suicide attack. These anti-Muslim themes are reinforced by lack of economic opportunity and the absence of political engagement, which causes estranged young people to pick up the gun.

With little training or survival skills, these young militants quickly get killed by India’s well-drilled security forces, usually within 12 months of taking up arms. When security forces corner militants, locals who know them come out and pelt stones at the police and soldiers. The inevitable retaliation causes civilian deaths and the consequent funerals – of both militants and civilians – seethe with emotion, driving even more youths into the insurgency. This vicious cycle ensures that, even as large numbers of militants are killed, more and more replenish the ranks.

Unsurprisingly, this has led to steadily escalating levels of violence in the province of Jammu and Kashmir. India claims credit for “neutralising” 276 militants last year, more than double the 114 that were killed in 2014, the year it came to power. But the number of soldiers killed has more than doubled too – from 46 in 2014 to 95 last year. Worse, more security personnel have died in the first two months of this year than in all of 2014. Meanwhile, the number of civilians killed has tripled from 28 in 2014 to 86 last year.

Kashmiri despondency turned briefly into expectation after the 2014 state elections, when the ruling BJP, which won in Hindu-dominated Jammu, formed a coalition government with the ethnic-Kashmiri People’s Democratic party. Hope for a peace dialogue flared after the BJP-PDP manifesto promised to “facilitate and help initiate a sustained and meaningful dialogue with all internal stakeholders”. 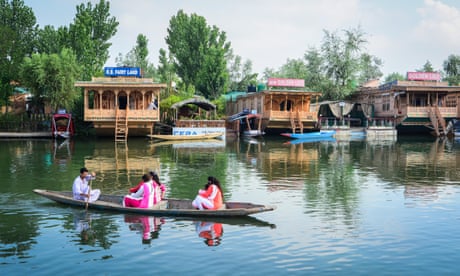 Stand-off in Kashmir: ‘Our last hope is that a war will sort this once and for all’

Disappointingly, political dialogue, which would have acted as a safety valve, never began. Young Kashmiris point out that three Indian prime ministers held face-to-face negotiations with leaders of the separatist Naga insurgency, which has consequently stabilised. However, not one top Indian leader has talked to Kashmiri separatists, even though the conflict there has been far bloodier on both sides. The reason, it is commonly believed, is that Kashmiris are Muslims. In the politically conscious Kashmiri mind, this validates the “two-nation theory” that led to the creation of Pakistan, based on the apprehension that Muslims would be discriminated against in Hindu-majority India. Reinforcing this are the victimisation narratives of Palestine, Bosnia, Chechnya and others.

Ironically, New Delhi’s standing in Kashmir is at its lowest at a time when India’s profile is rising in the broader Islamic world. On Friday, the foreign minister, Sushma Swaraj, was a guest of honour at the Organisation of Islamic Cooperation meeting in Abu Dhabi. She described India as a model of diversity that is home to the world’s third-largest Muslim population, their contentment evident, she said, from the fact that fewer than 100 had joined the Islamic State terrorist group.

Yet Kashmir remains a stain on India’s reputation that it must address. Initiating a political dialogue with multiple stakeholders in Kashmir – separatists as well as nationalists – would be a good way to start.

• Ajai Shukla is an expert in strategic affairs, defence and diplomacy, based in New Delhi. He is a former Indian army colonel

Sorgente: Kashmir is in a perilous state because of India’s pivot to nationalism | Ajai Shukla | Opinion | The Guardian