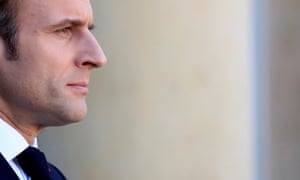 Emmanuel Macron has said that the recent diplomatic clashes between Italy and France were “not serious” and needed to be surmounted for the greater good of Europe.

In an interview on Fabio Fazio’s talkshow on the Italian television channel Rai 1, the French president also warned against nationalism, arguing that “we need a strong Europe”.

France recalled its ambassador from Rome last month following a series of verbal attacks from Italy’s two deputy prime ministers, Matteo Salvini and Luigi Di Maio, over a host of issues, from immigration to the gilets jaunes(yellow vest) movement.

“There was a misunderstanding,” Macron said. “There were some excessive statements, but these vicissitudes are not serious. We must get over this.”

He said he had invited the Italian president, Sergio Mattarella, to Paris on 2 May to mark the 500th anniversary of the death of the Italian Renaissance artist Leonardo Da Vinci, and that together they would “talk about Europe to young people”.

Da Vinci had previously been embroiled in the diplomatic spat when Lucia Borgonzoni, the undersecretary at Italy’s culture ministry, accused France in November of trying to take centre stage in the commemorations and suggested that the Italian government would cancel the loan of some of his paintings to the Louvre. The situation has since been smoothed over, with Borgonzoni saying last week that negotiations towards a more “balanced” agreement were under way.

Macron admitted on the TV show Che Tempo Che Fa that Europe had shown little solidarity with Italy, which, along with Greece, has borne the brunt of the migration crisis. “Why is there all this fear, even in Italy, which has always been an open country? Because migrant arrivals have been too substantial while solidarity from Europe, at times, has been lacking,” he said. “There is the same fear in France.”

He added there was a “crisis of effectiveness” in western democracy and that Europe needed to be stronger and more united. “Some defend nationalism, but I will fight these people with force, because I think they will make us lose 10 or 20 years by dragging us back to old divisions,” he said.

Macron also spoke about his love for Italy, particularly the city of Naples and the late actor, playwright and author, Eduardo de Filippo. “I met my wife reciting works of De Filippo,” he said.