General election 2019: voters queue for ‘most important poll in a generation’ – live news | Politics | The Guardian

People who have not received their postal votes are still eligible to vote at their local polling station if they contact their local authority however that is difficult for those voters who live overseas, Will Neal and Caroline Bannock write.

Lots of overseas voters have been contacting the Guardian to tell us about the issues they’re experiencing.

Dr Laura Sinclair, a medical physicist currently based in Dublin, Ireland, got in contact after her voting forms for her home constituency in Hull failed to arrive.

When she phoned the council to chase up on the problem she says they gave her conflicting stories, in the first case that many of the postal votes had been lost, and in the second that she had failed to register in time. She also claims she was refused an emergency proxy vote.

Laura understands the council used a separate organisation to send off its postal ballots. She said:

I am not the only person who has lost their democratic right to vote in this general election. I am angry and upset that my basic right to vote has been taken away by a third party company.

I applied for my postal vote this summer and I’ve been waiting for the past few weeks for my postal voting pack to arrive at my German address as my husband had received his at the end of November.

Unfortunately mine never made it on time and only reached me yesterday. The delay was due to the fact that the original envelope did not include my postcode despite my registration letter for postal vote clearly marking my postcode. It took the German postal services nearly two weeks to establish my full address and forward me my post.

I am really upset about this as due to a simple human/computer error my right to vote in one of the most important elections of my lifetime has been taken away from me.

One overseas voter, Cameron Ross was so concerned about his postal vote not arriving in time that he flew to the UK from his home in Amsterdam. He’s voting in a key marginal, Richmond Park, where conservative Zak Goldsmith holds a 45 vote majority.

The outcome of this election is too important to let ride on the postal voting system. I arrived at St Lukes polling station (Richmond Park) at 8am this morning. I was told that I could not vote because the administrators at the station didn’t know how to find the list of registered overseas voters.

Following a phone call to the local electoral office, they managed to find the list of overseas voters on the back of their electoral roll document. I wonder if anyone else was turned away? I was also denied the chance to vote by proxy on behalf of my wife. They claimed they had not received those instructions in time.

I’m full of respect for the volunteers who oversee these polling stations, but they appeared underprepared and overwhelmed. In a seat with a wafer thin majority of 45.

Although the official election campaigns have come to a standstill, the battle for voters continues online.

The Conservatives launched a constituency specific Facebook campaign yesterday, which appears to be primarily targeted to users in marginal seats. The campaign warns against tactical voting and focuses on 91 constituencies.

An ad encouraging voters in Broxtowe not to vote tactically had at least 6,000 views. The Conservatives have a majority of 863 in this constituency. Facebook users in Hastings and Rye, appear to have been targeted with a similar ad which has had at least 2,000 views. Similarly that seat is held by the Conservatives by 346 votes.

The Conservative anti-tactical voting campaign has been running since 7 December.

In the EU’s eastern half, the election campaign has been viewed with bemusement, with the main focus on what will happen to the rights of the millions of EU nationals living in Britain after Brexit.

The right-wing governments in Hungary and Poland have appreciated the Tories staying quiet on rule of law issues and not adding to the chorus of EU complaints over backsliding in the country.

Aware that Poland and Hungary may be two of Britain’s closer friends in a post-Brexit EU, British diplomats have sought to cosy up to the governments rather than criticise them, and the ruling parties in both countries will be hoping for a Johnson win.

In the opinion section of Hungary’s pro-government Magyar Hirlap newspaper, author Daniel Deme writes that these are the most important British elections since World War Two, claiming that Boris Johnson wants to “preserve national sovereignty and identity” against Corbyn, whom the author calls a radical Marxist in favour of mass migration.

Poland’s Lewica left-wing coalition, which made it into parliament in recent elections, gave a ringing endorsement of Labour’s manifesto and called on all Poles eligible to vote to vote for Corbyn.

But the predominant reaction is confusion at the mess of British politics and what effect the election will have on Brexit. According to independent Hungarian outlet HVG, the only thing at stake in this election is “’who will be the ringmaster in the long running Brexit-circus”.

US Democratic representative Alexandria Ocasio-Cortez has issued a pro-Labour call for the UK public to vote.

This video is about the UK, but it might as well have been produced about the United States.

The hoarding of wealth by the few is coming at the cost of peoples’ lives.

The only way we change is with a massive surge of *new* voters at the polls. UK, Vote! 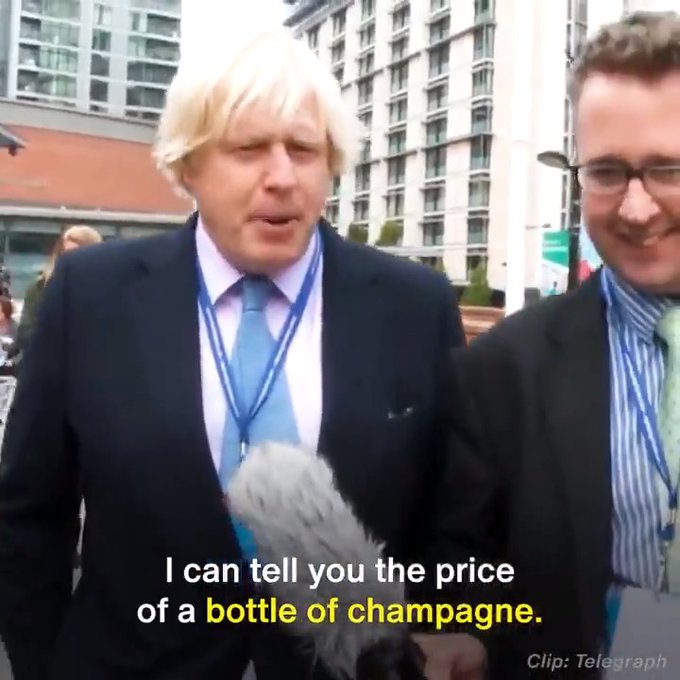 8,330 people are talking about this
……
continua a leggere cliccando il link sotto riportato