I saw Roger Stone as ‘access point’ to WikiLeaks in 2016, Bannon tells court | US news | The Guardian 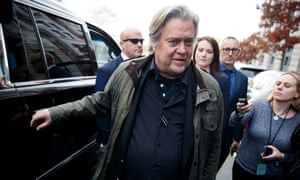 Former White House strategist testifies under subpoena at trial of Stone, accused of lying to Congress about dealings with WikiLeaks

Steve Bannon, the former White House chief strategist, believed that political operative Roger Stone was the “access point” to WikiLeaks during the 2016 presidential election, he told a federal court in Washington on Friday.

The ex-chief executive of Donald Trump’s campaign testified for less than an hour at the trial of Stone, accused of witness tampering and lying to Congress about his dealings with WikiLeaks, the anti-secrecy website. 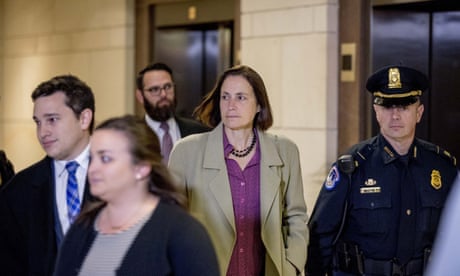 Bannon, 65, denied that the campaign had direct contact with WikiLeaks or its founder, Julian Assange, who released emails obtained by Russian hackers that were damaging to Trump’s rival Hillary Clinton. Instead, he said, he came to understand that Stone, a self-described dirty trickster, was the key intermediary.

The former head of conservative website Breitbart News continued: “The campaign had no official access to WikiLeaks or to Julian Assange. But Roger would be considered if we needed an access point.”

But although Stone repeatedly “implied that he had a connection with WikiLeaks,” he never stated it directly, Bannon added.

The US district court for the District of Columbia has been told of phone calls between Trump – who lavished praise on WikiLeaks during the campaign – and Stone, and been shown emails and text messages between Stone, Bannon and other campaign associates.

Bannon testified that he and Stone spoke somewhere between six and 12 times during the presidential campaign. In an email in the summer of 2016, Stone emailed Bannon to say: “Trump can still win, but time is running out. I know how to win, but it ain’t pretty.”

In court, Bannon was asked what he thought the message meant. He said: “Roger is an expert in the tougher side of politics. When you’re this far behind you’re going to have to use every tool in the tool box. Opposition research, dirty tricks, the kind of things campaigns use when you need to make up some ground.”

Bannon was a reluctant witness at Stone’s trial, under subpoena. He said he had been also interviewed several times by Special Counsel Robert Mueller’s team. 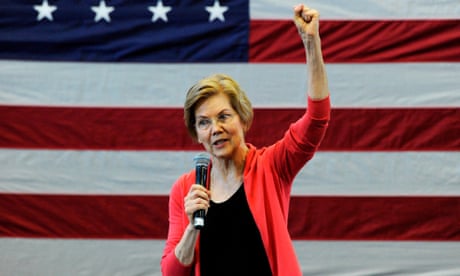 Earlier on Friday, comedian and radio talk show Randy Credico told the court Stone pressured him into supporting lies he spun to Congress, even threatening his pet dog, Bianca, which he has owned for 12 years.

Credico read out to the court an email he received from Stone in April last year. Describing Credico as a “stoolie” and a “rat”, it warned: “My lawyers are dying to rip you to shreds. I’m going to take that dog away from you.”

Stone pressed him to “go along” with a false account of the operative’s contacts with WikiLeaks during the campaign, Credico alleged. “He wanted me to go along with this narrative.”

Credico also told the jury that Stone was fond of alluding to the film The Godfather Part II to intimidate him. Judge Amy Berman Jackson warned the jury against doing their own research on the case, “not even downloading The Godfather on Netflix”.

Stone, 67, has pleaded not guilty to charges of obstructing justice, witness tampering and lying to the congressional committee. The case adjourned until next week.

Sorgente: I saw Roger Stone as ‘access point’ to WikiLeaks in 2016, Bannon tells court | US news | The Guardian