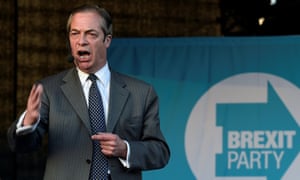 In the buildup to the European elections, I travelled around Britain and had the sense of people talking about the state of the country in wildly different ways. “Democracy is broken,” shouted a Brexit supporter in Swindon. I met lifelong Tories on the affluent edges of the Cotswolds, anxious about how England seems to be embracing the politics of extremes. In Manchester, everyone was remain, but remarkably disengaged from the Brexit conversation. In Merthyr Tydfil, a woman who had voted for Nigel Farage’s Brexit party, offered the brisk rationale about her town that “it’s the same as it’s always been, so that’s why we need a change”. In retrospect, everything fitted the picture offered by that much-discussed YouGov poll last week, of a politics so turbulent that the Liberal Democrats are suddenly popular again, Farage is newly insurgent, and the two-party carve-up of 2017 seems like a distant memory. What polling wouldn’t pick up, however, was present in encounter after encounter: woven into very different conversations, a shared sense of weariness and exasperation.

Corbynism is now in crisis: the only way forward is to oppose Brexit

Clearly, the debate about Brexit is hardening, at speed. Compromise options seem to have been killed off by the 23 May vote, leaving no deal and the revoking of article 50 at the core of the argument. The most passionate advocates of another public vote seem to see victory as a likely prospect, barely pausing to think about the possible horrors of another referendum campaign. And among the leave and remain hardcore, there is something that is increasingly obvious: loathing and denigration not just of the Brexit debate’s figureheads, but the millions of people seen as being on the wrong side of the argument.

Does anyone remember the few short months after the referendum, when the “in” thing for remainers was to agree that voters who had chosen leave needed to be listened to? No more, it seems. “Gammon” is still a fashionable insult. Some people hang on to the idea that what with so many leave voters on the wrong side of 60, all will be put right when they die. As proved by the writer and activist Paul Mason’s recent citing of “the ex-miner sitting in the pub calling migrants cockroaches” (or writing in the Guardian of people who “don’t care if the economy collapses as long as the migrants go away”), there are now stereotypes rattling around that might just about describe a tiny minority, but run the risk of satisfying a set of middle-class prejudices, and instantly coming to unfairly define a whole chunk of the population.

A dangerous mistake seems to be at play here: the conflation of people who vote for particular causes and parties with their leaders, so that every current supporter of the Brexit party is presumed to be a clone of Farage. That 63% of us – 63%! – didn’t vote at all on 23 May, and that a huge swathe of those who did put their cross in a box did so with the usual sullen detachment doesn’t fit the story, and is thus forgotten, along with a very modern fact: if you spend your waking hours imbibing the ferment on Twitter, the wider world will quickly start to look similar, even if the reality is very different.

There are now Labour activists and polemicists who treat politics as if it were a board game, hanging on to the theories of dead Russians, and dealing in abstractions. Their rationale for maligning much of the party’s supposed base, I am told by some horrified Labour insiders, is to excise a whole chunk of the post-industrial working class from left politics, leave it to Farage and his friends, and install “networked youth” as the new vanguard of the revolution. Where any such manoeuvre would leave Labour’s supposed mission to double down on inequality and the UK’s regional imbalances is anyone’s guess. It would also threaten to pump the left full of one of the worst prejudices of all: snobbery.

Among the prime movers of the rising no-deal movement, there is a kind of misanthropy that is obviously something else again, encompassing not just age-old biases and bigotries, but the idea that each and every advocate of a rethink on Brexit is a hummus-loving citizen of nowhere, and a traitor to boot. But division and polarisation are Farage and his allies’ stock in trade: the liberal left is meant to be different.

Clearly, Brexit and its ongoing furies are only symptomatic of much deeper divisions, and a country that desperately needs to become re-acquainted with itself. We all know what has driven our fragmentation: winner-takes-all economics, the stalling of social mobility, an online discourse that has no room for restraint and compromise, and tends to introduce us to people exactly like ourselves. What is often overlooked is simple ignorance, and failures – of our education system, mainly – that result in even supposedly knowledgeable people understanding little about the country they call home. 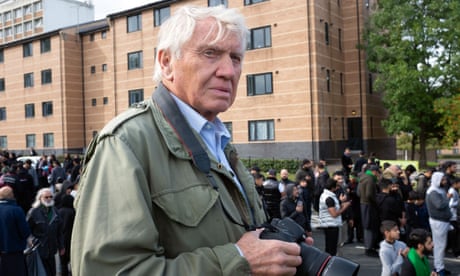 Don McCullin: England is at war with itself over Brexit

It is often said that Brexit is the act of a country too fixated on its history. The truth, it seems to me, is that we are not nearly fixated enough. The kind of free-market capitalism this country was forced to embrace 30-odd years ago always sweeps the past away; now, of all the countries of Europe, we are surely the most weightless. In the absence of any instinctive popular understanding of our national past, the Brexiteers can tell their absurd tales of splendid isolation, the glories of the second world war and the wonders of empire, as well as averting their eyes from the island of Ireland. But history-blindness is there on the remain side as well, in the continuing denial of the great mess of stuff that sat behind the Brexit vote, and how tin-eared many pro-Europeans seem when they sound off.

Without understanding that, say, Hull was once the home of thousands of dockers and trawlermen, that Middlesbrough was once a byword for steel and chemicals or that old mining areas are still brimming with a collective pain almost beyond articulation, how can you even begin to get to grips with where we have ended up? Do we all understand that jobs in distribution centres fail to fill huge holes, and that any viable future for the country has to contain an answer to that? As the only means of averting catastrophe, I think I still hesitantly favour another referendum, albeit one presented in terms that supporters of a so-called people’s vote have barely touched. But whatever your proposed solution to the current mess, you have to acknowledge that without a deep understanding of these things and the people they have affected, any conversation about the future will sound completely unconvincing.

Two big dangers face us right now. One is the reckless Brexit that rightwing politicians seem hellbent on pursuing, whatever the cost. The other is a shrill kind of tribal war that threatens to push us so far away from history, common humanity and the economic nitty-gritty that politics might end up being all but pointless. To oppose the first is the duty of anyone progressive. But if it involves embracing the second, any victory will be pyrrhic. Such are the confounding politics of 2019, and knots that show no sign of being untied.

• John Harris is a Guardian columnist