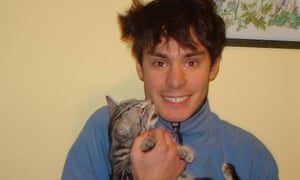 Three years after the disappearance, torture and murder of Italian doctoral student Giulio Regeni in Cairo, Egypt is stonewalling Italy’s efforts to investigate.

In November, Italian prosecutors officially named five members of Egypt’s security services as subject to investigation in the case of Regeni, who went missing on 25 January 2016 aged 28. But two months on, Egypt has barely acknowledged the development.

“The Rome prosecution has done everything in our ability. The situation is one of stalemate,” chief prosecutor Giuseppe Pignatone told an Italian parliamentary body that oversees the secret service last week.

Regeni disappeared after leaving his apartment in the Dokki neighbourhood of Cairo, on his way to meet friends. After a frantic search by his parents and friends, his body was found at the side of a desert highway on 4 February, showing signs of torture. His mother later said she could only identify him from “the tip of his nose”. Last year, Pignatone said he believed that Regeni was killed because of his politically sensitive research into trade unions.

“We have asked justice for Regeni,” the Italian interior minister, Matteo Salvini, told a press conference on Wednesday. “Next time I’ll run for president in Egypt,” he said, implying this would be the only way to achieve this. “But I trust the Italian prosecutors, and I trust the Egyptians,” he added.

Italian prosecutors’ efforts to investigate were frustrated from the start. Italy sent its own team of investigators to Cairo in January 2016, but they were forced to run a parallel investigation rather than cooperate fully with their Egyptian counterparts, who performed the initial autopsy of Regeni’s body in Egypt without any Italian officials present.

Despite the friction, Italy has maintained governmental and trade relations with Egypt. Italian weapons companies were well represented at Egypt’s first defence exposition in December, including those selling small arms to Egypt’s military and police. The Egyptian president, Abdel Fatah al-Sisi, highlighted the “outstanding partnership between Egypt and Italy” in a meeting this month with Claudio Descalzi, the CEO of the Italian energy giant Eni..

In the meantime, Italian investigators have persistently pressured their Egyptian counterparts to provide much-needed information on the case. After two years of tense negotiations to obtain CCTV footage of the Cairo metro on the day Regeni disappeared, Italian prosecutors said what was provided contained “unexplained gaps”, rendering it useless. Egyptian officials blamed technical difficulties for the loss of the critical footage, and have since offered little detail about whether or how the data might be recovered.

The precise nature of the torture that Regeni suffered and the location of his corpse, close to a detention facility used by Egypt’s national security agency, had long drawn suspicions internationally that members of Egypt’s security agencies were responsible for his murder. Yet at home, Egyptian officials offered a very different view. “The security services are the ones who will say who did it,” the then vice-minister of justice and forensics expert Shaaban al-Shamy told the Guardian in 2016. Egypt later admitted that the student was under surveillance before his murder.

In late November last year, angered by the lack of progress from the Egyptian side, Italian prosecutors placed five members of Egypt’s security services under investigation over Regeni’s disappearance and on suspicion of impeding the investigation.

Egypt outright rejected Italy’s investigation of the officials. “Egyptian law does not recognise what is called the ‘record of suspects’,” said the country’s state information service, taking the opportunity to cast doubt on Regeni’s visa status while in Egypt.

Requests for comment from Diaa Rashwan, who heads the state information service, and a spokesman for Egypt’s ministry of foreign affairs, yielded no response. After Italy’s parliament cut its relations with Egypt in November – a move that left governmental relations unchanged – Ahmed Mustafa, deputy chairman of the Egyptian parliament’s ethics committee, said that the Italians were using the Regeni investigation “as a tool of political exhortation”.

Alessandra Ballerini, the Regeni family’s Italian lawyer, stated at a dramatic press conference in Rome in December that she had a list of 20 suspects, which she termed “20 names of men who should start being afraid”.

“I find hard to believe that the Egyptian president, Abdel Fatah al-Sisi, was not aware of what was going on with Giulio Regeni. It’s impossible he didn’t know anything about this,” Ballerini said.

The Regeni family have vowed to seek the truth about what happened to him. “Dear Giulio, they stole your life, today you would have turned 31,” his mother Paola tweeted on 15 January, his birthday.