Brexit ‘super Saturday’: your guide to the big day | Politics | The Guardian 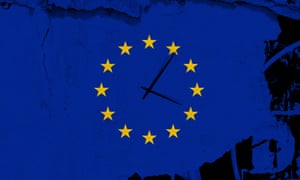 With MPs meeting on a Saturday for the first time since the Falklands conflict, how will the day unfold and what does it all mean?

After more than three years of parliamentary events touted as momentous, we will get one that definitely lives up to the billing – the first Saturday sitting of the Commons since the Falklands conflict, in which there will be a potentially knife-edge vote on a plan that could shape the UK’s future for a generation.

What is the schedule for Saturday?

The Commons convenes at 9.30am with a statement from Boris Johnson on the Brexit deal he has negotiated with the EU, followed by questions.

The motion on the deal follows afterwards, to be opened by another minister. It is only when this debate begins that we will know which amendments have been selected for a vote by the Speaker, John Bercow.

The number of amendments will affect the length of the process, so the key vote could come any time from mid-afternoon to early evening. If the government loses the vote, the prime minister could then seek a vote on leaving without a deal, which is the only other way to avoid the so-called Benn act – the backbench-created law that would compel Johnson to seek a Brexit extension if his deal is not passed or no deal is not approved.

Will there be amendments?

Some have already been tabled, for example one to extend the Brexit deadline. Another amendment has been tabled to secure a second referendum, but this would be attached to the no-deal motion, so seems unlikely to go to a vote.

Will there definitely be an all-or-nothing vote?

The big decision could be delayed again. A potentially key amendment tabled by Oliver Letwin, Hilary Benn and others would withhold full approval for the Brexit deal until all the associated legislation was passed.

This would seem likely to require another extension, and would delay the real moment of truth for MPs. One reason for this amendment would be to prevent the possibility of hardline Brexit Conservatives approving the deal – thus removing the conditions of the Benn act – but then voting down the subsequent withdrawal agreement bill, which implements the legally binding treaty, and so forcing no deal anyway.

Labour is understood to be likely to back this amendment, and former Tory MPs including Amber Rudd and David Gauke have said they would vote for it.

Will MPs know the full implications of the deal?

Not really. The deal was cobbled together and agreed with the EU in a huge rush, and MPs will have only a few hours of debate in the Commons before making a hugely important decision. Downing Street has said MPs will not see official economic impact assessments of the plan in advance, despite some requesting this.

What happens if the plan passes?

If it passes unamended, this would still be the first stage of the process, and even with Downing Street promising that MPs would work around the clock as needed, there is no guarantee everything will be done by 31 October. No 10 would hope to present the bill to the Commons as early as Monday. If the deal motion is amended, for example by the Letwin-Benn plan, a delay to departure is more likely.

Do we get no deal if the plan is rejected?

Most likely not, even though Johnson seems set to frame the vote in these terms, and the European commission president, Jean-Claude Juncker, briefly startled remain-minded MPs by telling reporters he did not think another Brexit extension would be granted. EU sources have said that if Johnson’s deal is rejected, meaning the Benn act would come into force, they would not reject a UK request for another extension.

Which MPs are key to whether it passes?

With the DUP definitely against the deal, and a number of the former Tory MPs who lost the whip last month seemingly onboard, two groups will be vital. First are the so-called “Spartans”, the most hardline of Tory Brexiters. Some of these have already said they would back the bill, and others could follow – but with the DUP opposed, this is still a finely balanced decision.

The other group set to be endlessly pestered by Johnson’s team are Labour MPs from leave-voting areas who support a deal, such as Caroline Flint, Stephen Kinnock and others. They face intense Labour pressure to vote against it, but could still potentially be persuaded the vote the other way. These MPs might be more likely to back the deal if it was amended via the Letwin-Benn plan.

On the first point – no one knows. The final tally could come within a couple of votes. It is worth remembering that Theresa May’s defeats on her Brexit deal ended up being heavier than expected. However, some momentum seem to be with Johnson. As to the second question: no, not at all. Even if the deal is passed, this is but the first step in a long parliamentary process, which would in turn shape an evolving and still very controversial departure process over many years. Prepare for much, much more of this.

Steve Baker: the Tory hard Brexiters’ club, the European Research Group, met first thing on Saturday. Its chair has told the group that they should vote for Johnson’s deal.

Philip Hammond: on the other side of the Tory divide, the former chancellor is prominent among the sizeable group of rebel MPs who lost the whip last month, who could go either way.

Caroline Flint: co-leader of the “MPs for a deal” grouping, Flint is a leading member of the Labour contingent who believe the UK should leave sooner rather than later. If she backs Johnson’s deal she could take others with her.

Norman Lamb: while the rest of the Liberal Democrats are firmly against the deal, Lamb – who will step down at the next election – has long been much more Brexit-minded than his colleagues. However, he said on Saturday morning he could not support the deal.

Catherine Haddon: fellow at the Institute for Government and self-described “constitutional agony aunt”.

Anand Menon: politics academic-turned head of the UK in a Changing Europe thinktank.

Ruth Fox: as head of the Hansard Society, the independent authority on parliamentary matters, she is a good bet for procedural conundrums.

Sorgente: Brexit ‘super Saturday’: your guide to the big day | Politics | The Guardian