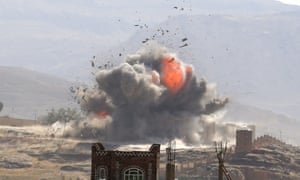 The UK is on “the wrong side of the law” by sanctioning arms exports to Saudi Arabia for the war in Yemen and should suspend some of the export licences, an all-party Lords committee has said.

The report by the international relations select committee says ministers are not making independent checks to see if arms supplied by the UK are being used in breach of the law, but is instead relying on inadequate investigations by the Saudis, its allies in the war.

It describes the humanitarian plight of Yemenis as “unconscionable”.

It is the first unanimous report from a parliamentary committee describing Saudi arms export sales as unlawful, and comes ahead of an imminent high court appeal by campaigners to block arms sales to Saudi Arabia on the grounds they are in breach of humanitarian law. 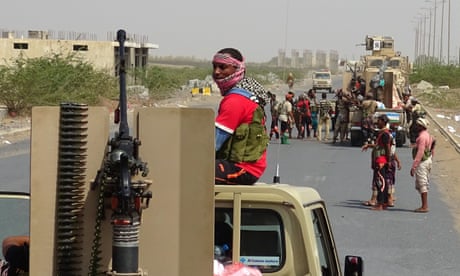 ‘The violence is unbearable’: medics in Yemen plead for help

The report places no legal obligation on ministers, but is likely to add indirectly to the pressure on Saudi Arabia and the United Arab Emirates (UAE) to seek a way out of the war in Yemen through negotiation, rather than further military offensives to dislodge Houthi rebels in the capital Sana’a and the port city of Hodeidah.

Although a patchy ceasefire holds around Hodeidah, Saudi airstrikes are reported by the Yemen Data Project to be at their most intensive since the four-year civil war began in Saada governorate along the border between Yemen and Saudi Arabia.

The US Congress voted earlier this week to suspend US arms sales to Saudi Arabia for use in Yemen, but the White House has signalled the president will veto the resolution if necessary.

The Lords’ international relations committee concludes following a short inquiry: “The government asserts that, in its licensing of arms sales to Saudi Arabia, it is narrowly on the right side of international humanitarian law. Although conclusive evidence is not yet available, we assess that it is narrowly on the wrong side: given the volume and type of arms being exported to the Saudi-led coalition, we believe they are highly likely to be the cause of significant civilian casualties in Yemen, risking the contravention of international humanitarian law.”

The committee also asserts that the UK “should immediately condemn any further violations of international humanitarian law by the Saudi-led coalition, including the blocking of food and medical supplies, and be prepared to suspend some key export licences to members of the coalition”.

It adds it is “deeply concerned that the Saudi-led coalition’s misuse of the weaponry is causing – whether deliberately or accidentally – loss of civilian life.

“Relying on assurances by Saudi Arabia and Saudi-led review processes is not an adequate way of implementing the obligations for a risk-based assessment set out in the arms trade treaty.”

The committee, chaired by the former Conservative cabinet minister Lord Howell, describes the British as supporters of the Saudis in the civil war. 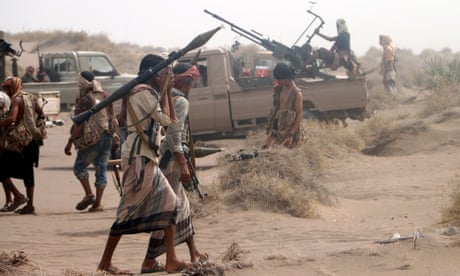 The foreign secretary, Jeremy Hunt, has taken up the search for a peace settlement in Yemen as his single most important priority, apart from Brexit, and travelled to Warsaw this week to meet with Saudi, UAE and US ministers to discuss the state of the limited Yemen ceasefire negotiated in Stockholm in December.

The joint statement issued by the four countries following their talks was sharply critical of the Houthis adherence to the Stockholm agreement, but nevertheless agreed to do more to stabilise the Yemen economy in the north.

However, the peers urge the UK to be more active.

The committee, including senior former diplomats, says: “The government should give much higher priority to resolving – not just mitigating – this situation, particularly in light of the tension between its support for the Saudi-led coalition and its role as a major donor of humanitarian relief to those affected by the conflict.”

In its latest update on the war, the NGO International Crisis Group says: “Though the battle for the Red Sea port and city of Hodeidah is paused until the UN-brokered deal to demilitarise the area succeeds or collapses, fighting on other fronts has intensified, particularly along the Saudi-Yemeni border … Saada governorate has faced more Saudi bombardments than any other part of Yemen since the war began in March 2015, with the majority of strikes taking place near the border.”

...
05-02-2019: Europeans fear Trump may threaten not just the transatlantic bond, but the state of their union - The Washington Post