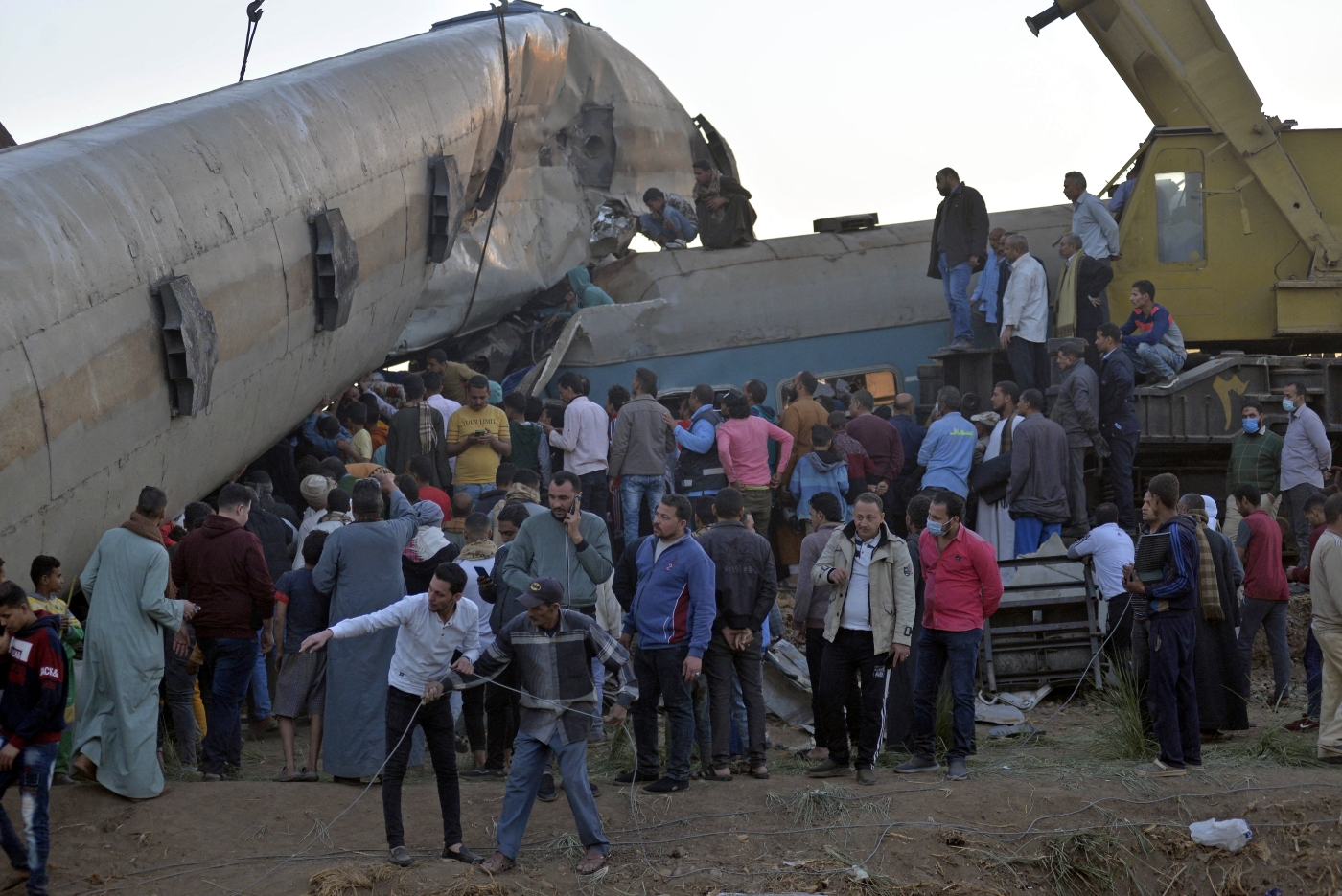 Anger has erupted on social media after Egypt’s transport minister, Kamel al-Wazir, said he would not resign following a train crash that resulted in dozens of casualties. On Friday, two passenger trains collided in southern Egypt’s Sohag governorate, killing 19 people and wounding more than 180 others.The collision, which the railway authority said was caused by the emergency brakes being triggered by “unknown individuals”, has caused growing frustration on the ground as well as online. Upper Egypt in agony as families mourn victims of train crashRead More »In a television interview, Wazir said he will not be leaving his post despite growing calls for him to step down.“I am not used to escaping… I cannot escape from this. If after every incident ministers stepped down, what’s the point, wouldn’t it be better for me to stay in my position until things get sorted out,” he said.“I am doing everything I can, and God is my witness, for my country and my president who trusts me… if I am lazy and not doing my work, then I will resign because that would make me a traitor.”However, despite Wazir’s claims that he and rail workers were drawing up plans to improve the country’s transport system, the minister’s comments were not well received online.One social media user questioned his comments, tweeting: “And who decides your failures or your laziness, is it you too?”Egypt has arrested eight people so far in connection with the train incident, according to AFP.According to a statement from Egypt’s prosecution, the two drivers, their assistants, the traffic guard and the head of traffic alongside two of their guards were remanded in custody. Online, people have continued their calls for accountability following the devastating crash.