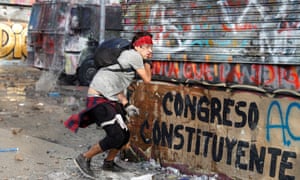 Vote in April on whether to rewrite document and how

Lawmakers in Chile have agreed hold a referendum next April on replacing the Pinochet-era constitution, bowing to demands of protesters who want the country’s social and economic model overhauled. 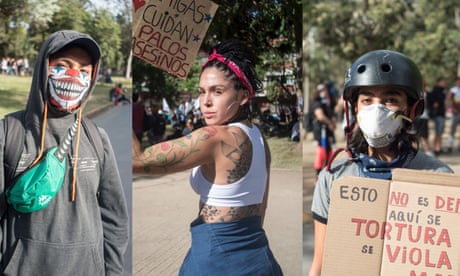 Chile protesters: ‘We are subjugated by the rich. It’s time for that to end’

Voters will be asked whether they approve the idea of a new constitution and whether current lawmakers should serve on the commission that would redraft the document.

The two-page “Agreement for Peace and a New Constitution”, signed early on Friday following intense negotiations, calls for a “commitment to re-establish peace and public order in Chile”.

A month of protests has sowed chaos in the South American nation. Riots, arson and looting have killed more than 20 people, caused extensive damage and prompted President Sebastián Piñera to call soldiers on to the streets. The Chilean peso this week plunged to a new low against the dollar.

Lawmakers revised the original 1980 document after Chile returned to democracy but many say it still falls short, failing to ensure for proper healthcare, education and citizen participation in government.

Opponents of an overhaul say the charter has been a pillar of stability for Chile, among the region’s strongest and most investor-friendly economies. 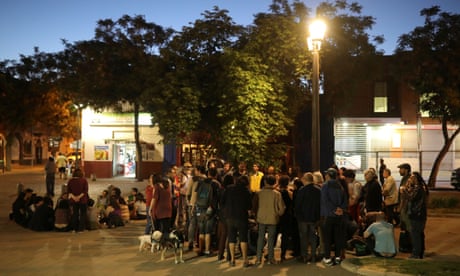 The details will be worked out by a constitutional convention whose composition will be determined in the April referendum. A second vote, in October 2020, will allow voters to select those who will finally serve on the convention.

A final vote on the draft itself will be obligatory for all voting age Chileans, according to the agreement.