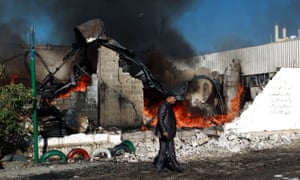 As the court of appeal prepares to rule on the legitimacy of the British government’s continued supply of weapons to the Saudi-led coalition fighting in Yemen, new figures show the conflict’s death toll is fast approaching the 100,000 mark.

The extent of civilian casualties caused by direct targeting as the war with Houthi rebels enters its fifth year has been outlined in a report by the the Armed Conflict Location and Event Data project (Acled).

Extending its previous research into fatalities to cover the start of the Yemenconflict in March 2015 through to the present day, the project claims to provide the most comprehensive evaluation of the war to date.

Clionadh Raleigh, Acled’s executive director, said the data provided “an estimate of the war’s true toll for the first time”.

“The data is both a tool and a warning,” said Raleigh. “The international community must use it to help understand, monitor, and ultimately resolve the conflict before the situation spirals even further out of control.”

The deliberate targeting of civilians, which both sides continue to deny, is outlawed by the Geneva conventions.

Since 2015, Acled has recorded 4,500 direct civilian targeting events that led to approximately 11,700 reported deaths. Acled found that the Saudi-led coalition and its allies were responsible for 67% (over 8,000) of such fatalities, with the Houthis and their allies responsible for over 16% (1,900).

The statistics suggests that, despite international efforts to bring about a ceasefire in the region, there is little prospect of peace for those directly or indirectly caught up in the conflict.

Taiz was identified as the most violent governorate in Yemen, largely due to a four-year siege laid by Houthi forces. The statistics revealed more than 18,400 reported fatalities and nearly 2,300 reported fatalities from direct civilian targeting since 2015. Hodeidah – where the report warned civilians are at especially high risk “due to intense urban combat and indiscriminate attacks” – and al-Jawf followed, with almost 10,000 total combat fatalities reported in each region since 2015.

Analysis of the December 2018 ceasefire in Hodeida – the UN-backed Stockholm Agreement – revealed a partial drop of 20% in fatalities since its implementation, despite repeated truce violations. Acled recorded over 1,000 fewer fatalities in January and February 2019 compared with the previous two-month period, and civilian fatalities in Hodeidah province dropped to their lowest numbers in more than a year.

Anna Stavrianakis, senior lecturer at the University of Sussex, said: “These figures from Acled are a sobering reminder that the war in Yemen is getting worse, not better. Acled have counted 11,700 reported civilian fatalities – a conservative estimate of civilian deaths as a result of direct targeting, which should be considered alongside collateral deaths as well as the impact of famine and cholera caused by the blockade and attacks on infrastructure and healthcare facilities.” 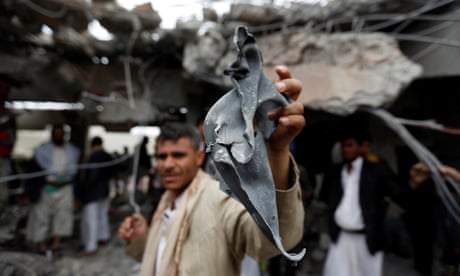 ‘The Saudis couldn’t do it without us’: the UK’s true role in Yemen’s deadly war

Acled, who collated the data in partnership with the Yemen Data Project, said the Saudi-led coalition was responsible for the majority of reported civilian fatalities from direct targeting. The figures raise further questions about UK policy towards Saudi Arabia following the murder of the dissident journalist Jamal Khashoggi and the recent observation by Mark Lowcock, the UN undersecretary general for humanitarian affairs, that “the war is not only brutal, it is unwinnable”.

Labour MP Lloyd Russell-Moyle, a member of the committee on arms export controls, said: “These statistics simply underline the fact that our government has enabled Saudi Arabia to destroy the social fabric of an entire country for money. I shudder to think of the consequences of our dirty war in Yemen. A generation of Yemenis now hate Britain as much as they hate the Saudi royal air force that is dropping our bombs on them.”