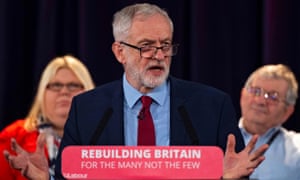 A leaked poll commissioned by the pro-EU Best for Britain campaign suggests that voters would be less likely to back Labour if the party was committed to stopping Brexit.

According to the poll, passed to the Guardian, almost a third of respondents said they would be less likely to vote Labour, a similar number to those who said it would not make a difference. Twenty-five per cent said it would make them more likely to back Labour, with the rest saying they did not know.

The campaign group, which is pushing for a second EU referendum, commissioned the as yet unreleased snap poll shortly before MPs voted down Theresa May’s Brexit deal. The Populus poll asked 2,000 people whether they would be more or less likely to vote Labour “if they commit to stop Brexit”.

The polling also showed the party would lose around the same number of Labour voters as it would gain from the Conservatives.

Just 9% of Conservative voters would switch to Labour in those circumstances, but 11% of current Labour voters said it would make them less likely to vote for the party. 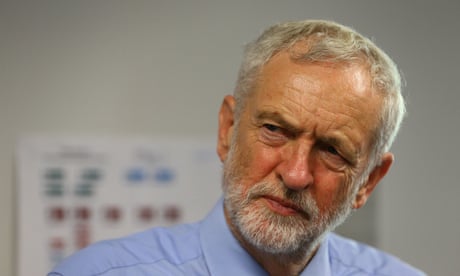 Jeremy Corbyn has made efforts to underline the delicacy of the party’s electoral position in recent days, including at a speech in Wakefield, where he said it must bridge the Brexit divide in order to address nationwide problems of inequality.

A Best for Britain spokesman said the polling also showed that the vast majority of Labour voters would not desert the party if it committed to cancelling Brexit. It said the overall picture was skewed by Conservative and Ukip voters, but conceded that those were the voters the party needed to win over at the next general election.

The campaign group also said Labour would see a dividend from Lib Dem and Green voters. Of the Lib Dem voters polled, 39% would be more likely to back Labour and 40% of Green voters.

“It was a private poll that shows, like all of our public polling, that Labour members and supporters are clamouring to fight Brexit,” a Best for Britain spokesman said. “The poll shows that Conservative voters aren’t there just yet, but we are confident our campaign will get them there.”

The cross-party campaign is separate from the People’s Vote campaign, though many MPs support both. The organisation, which was originally associated with the campaigner Gina Miller, who is no longer involved, has received about £800,000 from the philanthropist George Soros and has been involved in a series of eye-catching stunts, including installing a “big red button” outside the Labour conference urging MPs to stop Brexit.