Jeremy Corbyn, I no longer want to be a member of your Labour party | Alastair Campbell | Opinion | The Guardian 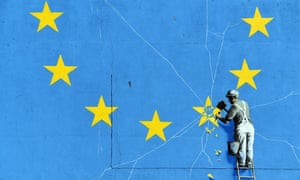 Though I would win my appeal against expulsion, your losing mentality and lack of Brexit leadership mean I won’t return

Britain is in a moment of peril, the UK facing an existential crisis, a combination of Brexit and Boris Johnson reducing our country to a global laughing stock. I see no sign that you and your office have grasped the seriousness of what is happening, let alone devised or begun to execute a strategy to respond and defeat it. Whatever the denials, Johnson has embarked on a crash and burn strategy deliberately aimed at creating the circumstances for a general election – setting up the EU, parliament and the civil service, in a grotesque perversion of the truth, as the reasons he has no option but to call one.

He rightly fears that if the people were given a straight choice in a referendum, “no deal v no Brexit”, no Brexit would win comfortably. But Johnson is confident that in an election choice between him and you he would win, and so get the mandate for the hardest form of Brexit he would otherwise not legitimately be able to claim. It means we could be weeks from an election in which, on any current analysis, you are unlikely to be in a position to win a majority.

The future of the country is a million times more important than my membership of the Labour party. But the above situation has developed at a time this has been the subject of some public debate, as well as intense personal reflection.

Having spent several weeks trying without success to have explained to me the process under which I was expelled for voting Liberal Democrat in the European elections, I finally informed the party I felt I had no option but to start proceedings.

I was recently told that my case had been discussed with senior members of your team and that they saw two ways it might be addressed: 1. By a suspension of my auto-exclusion under cover of the broader possible review of the whole auto-exclusion system in relation to antisemitism and other offences. 2. That I make some kind of public commitment to voting Labour at the next election.

On the first, I was not asking for a suspension of my exclusion, but a reversal. On the second, while with the one exception that led to my expulsion I have voted Labour in every election in my life and would prefer to do so for the rest of my days, I did not feel comfortable about making a blanket commitment when politics is in such flux, and my concern about your stance on Brexit still acute.

With the distance provided by my being away from the UK in Australia, I have reflected deeply on all of the above. And, with some sadness but absolute certainty, I have reached the conclusion that I no longer wish to stay in the party, even if I should be successful in my appeal or legal challenge.

The culture you have helped to create has made the party one that I feel no longer truly represents my values, or the hopes I have for Britain. I see no strategy in place that remotely meets the electoral or policy challenges ahead. On the contrary, in so far as I ascertain a strategy at all, it is one that looks more designed to lose.

I fear the country may already have decided that it does not intend to make you prime minister. I do not blame you for Brexit and the mess the UK is in. David Cameron and Theresa May, Boris Johnson and Michael Gove, Nigel Farage, and the UK media, they are all ahead of you in the queue on that one. But I do believe your half-hearted approach to the referendum campaign three years ago had a role in leave winning. Your failure to provide consistent leadership on the issue since then has been a huge disappointment.

I do not know at this stage how I will vote at the next election, and I have made this decision after discussing it with nobody apart from family and a small number of close personal friends. It is not part of some bigger plan but a deeply personal decision. What I do know is that this is indeed a moment of real peril. To have any chance of stopping Johnson and stopping a hard Brexit, you need to step up now, and signal leadership of the anti-Brexit, anti-populist cause – though it may be that loss of trust in your approach to Brexit means it is too late to win back many former supporters.

I have in the past, in various troubled eras for our party, always argued that it is better to stay and fight from the inside. My fear right now is that without real change, there will be nothing left to fight for, and that your place in history will be as the leader who destroyed Labour as a serious political force capable of winning power. With a government this bad, pursuing a ruinous form of Brexit that will so damage our economy, society and standing in the world, Labour should be poised to win an election.

If the public could see that clear, credible and coherent alternative across the despatch box, ably led, we would be. That the country does not see it is, I am afraid, very substantially down to you. I hope that one day I will rejoin a party that genuinely appeals to the many not the few, that can win again the kind of majority needed to improve the life chances of those who will be damaged by Brexit. In the meantime, please, for the sake of the party and especially for the sake of the country, think beyond the messenger, and think seriously about the message.

• Alastair Campbell was Tony Blair’s director of communications; this is an edited version of an article written for The New European

Sorgente: Jeremy Corbyn, I no longer want to be a member of your Labour party | Alastair Campbell | Opinion | The Guardian