Daphne Caruana Galizia’s son: ‘They killed my mother but they won’t stop me’ | World news | The Guardian 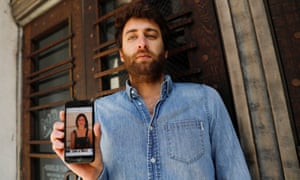 They had spent hours discussing power and corruption, lawsuits and personal threats. But in the end their last words were about what to eat for supper. As Daphne Caruana Galizia, a renowned investigative journalist on the island state of Malta, rushed out of the family home to get to the bank, her son Matthew offered to make ravioli. They joked about his culinary skills, and then she was gone.

Moments later, he heard an explosion. A powerful bomb placed under the seat of Caruana Galizia’s car had blown it and its occupant into pieces. For Matthew, who was at the site of the blast within minutes, it was a terrible shock – but not a surprise.

News of her killing reverberated across the world and finally drew global attention to the issues she had devoted her life to exposing: cronyism and corruption among Malta’s political and business elite. Now her story has been made into a five-part docudrama, to be broadcast on BBC Radio 4 this week. Daphne: A Fire in Malta is written by playwright Lizzie Nunnery and stars Michelle Fairley, previously of Game of Thrones and Suits, as the investigative reporter.

Not all of it is strictly fact-based. “There’s much we don’t know, and some of it we’ve had to imagine,” says the narrator at the start of every episode. But the dramatisation humanises the determined, committed journalist and the impact of her work on her husband and three sons.

“I’ve never met anyone like my mother,” Matthew – also an investigative journalist – told the Observer. “She had the energy of 10 people. She could do so many things at the same time, accomplish so much. She never did anything half-heartedly; she did everything with passion and intelligence.”

The day of her murder was a Monday. “We both had a lot of work that day,” he said. “The hours just flew by. We were sitting at the dining table, which doubled as our desk. We didn’t even stop for lunch. At 3pm, she had to go to an appointment at the bank. A couple of minutes later I heard the explosion and ran out of the house.”

Caruana Galizia had faced threats and attacks before. Her dog’s throat had been cut; an arsonist had targeted the family’s home. There were phone calls, letters, text messages. By the time of her death, 47 libel suits had been filed against her.

Her enemies were motivated by fury over her blog, Running Commentary, which relentlessly probed the activities of Malta’s ruling elite, including the prime minister, Joseph Muscat, and his allies. She investigated the sale of Maltese passports, drug smuggling and money laundering. She and Matthew had pored through the detail of the Panama Papers, the biggest data leak in history, for information about Maltese misconduct at the highest levels. Her blog, according to the radio series, dug into “allegations of corruption, organised crime and ethical failures at every level of Maltese society. At its height, the blog had more readers than the population of the island. From day one, Daphne became a thorn in the side of many … she would find herself at war with some of the most powerful people in the country.”

Matthew said: “We could see things were getting worse and worse in Malta. After publication of the Panama Papers [in 2016], I expected prosecutions and resignations, but nothing happened. Instead they went on the offensive against my mother, me and other journalists. There was a heightened atmosphere of impunity.

“My mother was living in fear, but she was also focused on doing her work. She refused to give in to intimidation.” Within weeks of her death, three people were charged with murder, the criminal use of explosives, criminal conspiracy, and being involved in organised crime. But there has been no trial, and there are fears the suspects could be released on bail soon.

Last week the Council of Europe called for an independent inquiry into the murder to be set up within three months, and said the Maltese authorities’ failure to bring the suspected killers to justice raised “serious questions about the rule of law in Malta”. The motion adopted by the council argued that the rule of law in Malta was “seriously undermined by the extreme weakness of its system of checks and balances”. The country needed “fundamental, holistic reform”. 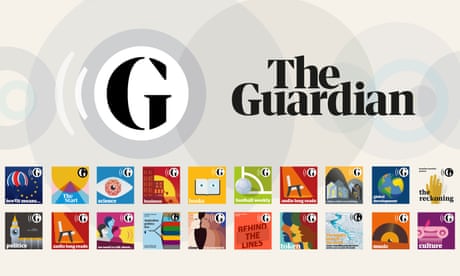 Guardian podcasts – the very best of our audio journalism

According to Matthew, the council’s resolution was “extremely significant”. “The government can no longer get away with this,” he said. But, he added, the work to expose wrongdoing – now an international journalistic collaboration called the Daphne Project – would continue. “We have no choice – and that’s the position of my entire family.” Asked if he was concerned about safety, he said: “Yes, I am frightened, especially for my father. He is in Malta almost all the time, whereas I am often away. But unless we carry on, there will never be justice.

“Growing up, even from a very young age, I knew the problem was not with my mother but with the people who were telling her to stop writing the things she did.

“I remember going to school the day after the front door of our house was set on fire, and the teacher in my class saying ‘your mother should not have written these things’. The problem was not my mother. It’s like blaming a woman who walks down the street wearing a skirt for her own rape. It’s just another kind of victim-blaming.

“Even though the threat of violence is still there, we’re not going to let it paralyse us. I’m proud of my mother. Of course I wish she was still alive, but I’m proud of the fact that this is what it took to stop her.”

Daphne: A Fire In Malta begins at 10.45am on Monday 1 July on Radio 4 and on BBC Sounds

Sorgente: Daphne Caruana Galizia’s son: ‘They killed my mother but they won’t stop me’ | World news | The Guardian