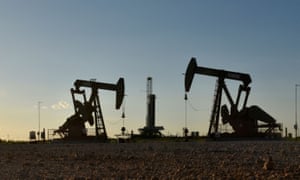 Oil firms are said to have known for decades of the link between burning fossil fuels and climate breakdown. Author Bill McKibben describes how industry lobbying created a 30-year barrier to tackling the crisis. Plus: John Stewart on his campaign to stop the third runway at Heathrow

Before 1988, climate change was a subject confined to the realm of academic journals. That all changed when the scientist James Hansen told Congress that global heating was caused by the buildup of greenhouse gases in the atmosphere as a result of the burning of fossil fuels.

That moment caught the imagination of the journalist Bill McKibben, who has written and campaigned on climate breakdown ever since. And it has been reported that fossil fuel companies, such as ExxonMobil, were making links between the burning of oil and rising sea levels as early as the 1970s. But instead of making their findings public, the industry colluded to cast doubt over the science.

Also today: John Stewart on his campaign to prevent a third runway at Heathrow airport as plans are released for the first time. They show detailed proposals to lower the M25, reroute rivers, replace utilities and build parking areas for nearly 50,000 cars.