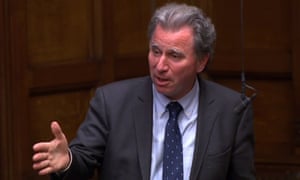 A senior Tory MP behind cross-party efforts to block a no-deal Brexit has said that parliament had now run out of options for preventing the UK crashing out of the EU after the defeat of Labour’s motion. 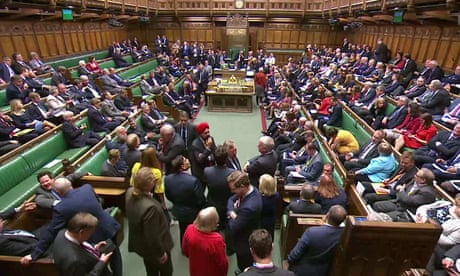 The former cabinet minister Oliver Letwin was among the signatories to a Labour-led attempt to tie the next prime minister’s hands by ruling out no deal. It was defeated by 11 votes after eight Labour MPs voted with the government and 13 abstained, cancelling out 10 Conservative rebels who voted with Labour.

The defeat means parliament has now exhausted the options for preventing a no-deal exit, according to Letwin. “We have run out of all the possibilities that any of us can at the moment think of,” he told the BBC Radio 4 Today programme.

Interviewer Nick Robinson pointed out MPs could not block a no-deal exit happening by default if no legislation was put before parliament.

Letwin said: “That’s an extremely good summary of the situation alas.” He added: “If the government doesn’t bring something before parliament, parliament won’t have a chance to take a view on that.”

He also played down the prospect of Tory MPs voting down their own government to prevent no deal. Letwin said: “Evidently that’s not something any of us want to do.”

He added: “I’m not confident as things stand that the current Labour leadership would know how to solve this crisis either.”

Letwin said he was not sure if the leading Conservative leadership contender Boris Johnson was a “no-deal Brexiteer”. But he conceded that he was “clearly quite likely” to become the next prime minister.

The former Conservative MP Nick Boles, who flew back to the UK to vote with Labour on Wednesday also conceded that opponents of a no-deal departure were fast running out of options – apart from a confidence vote to bring down the government.

He said: “No-deal Brexit on 31 October is back to being a racing certainty.

“It is very hard to see where any further legislative opportunities will come from. So it’s now a question of politics – specifically whether a PM pursuing a no-deal Brexit can command and sustain the confidence of the House of Commons.”

Sorgente: Parliament is out of options to stop no-deal Brexit – Oliver Letwin | Politics | The Guardian