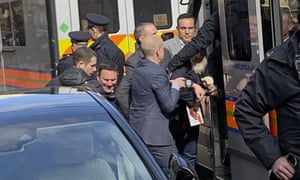 It’s not difficult to despise Julian Assange. For seven years, he has attempted to evade rape and sexual assault charges in Sweden by seeking asylum in the Ecuadorian embassy in London. He has dismissed the charges as a “radical feminist conspiracy” and tried to smear the complainants as acting on behalf of the CIA. His excuse for refusing to face trial in Sweden – that he would then face extradition to the US – has always been hogwash. He is no safer from extradition in Britain than he would have been in Sweden, as he may soon discover.

There are questions to be asked about WikiLeaks, too. The organisation has been invaluable in allowing whistleblowers to safely publish documents that the authorities would rather have kept hushed up, from the truth about the commodity trader Trafigura’s devastating dumping of chemical waste in Ivory Coast to videos of US helicopter attacks on Iraqi civilians. It is, or certainly was in its early days, an important tool in cutting down to size those in power who would abuse their power.

But WikiLeaks has also acted immorally and irresponsibly. It dumped online thousands of unredacted secret diplomatic cables, potentially exposing thousands of individuals named in the documents to grave danger. It was an act criticised even by close allies such as Edward Snowden, the US National Security Agency whistleblower who himself leaked thousands of files of highly classified information in 2013 and who is now living in Moscow.

Then there is Assange’s conspiracy-mongering, his willingness to ally with the most odious of figures, such as the Holocaust denier Israel Shamir, his attempts to smear and threaten critics.

But whatever the concerns about Assange’s personality and politics, there can be no ambivalence about the danger posed to all journalists by the indictment he faces in America. The US charge, unsealed after his arrest in London, is “conspiracy to commit computer intrusion”. Assange is alleged to have conspired with the former US soldier Chelsea Manning, court-martialled in 2013 under the Espionage Act, “to break a password to a classified US government computer”, so that Manning, who, as an intelligence analyst, had access to the computers, could log on under a false username so as to make it “more difficult for investigators to determine the source of the illegal disclosures”.

One could argue that Assange is being charged not so much with computer hacking as with helping a source conceal her identity. That is normal journalistic behaviour. According to the indictment, “it was part of the conspiracy that Assange encouraged Manning to provide information and records from departments and agencies of the United States against him”. Encouraging sources to provide more information is also normal journalistic behaviour.

Many have questioned whether Assange is a “real” journalist and whether he should therefore be protected under the law. That is irrelevant. Whatever one thinks of Assange’s status as a journalist, the US indictment against him poses a threat to all journalists and potentially undermines press freedom. 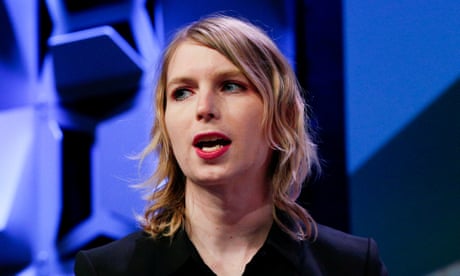 One of the features of the saga has been a tendency to look at only half the picture. Assange’s supporters have ignored or dismissed the rape charges. As Jess Phillips points out in this newspaper today, this has included the Labour frontbench. Diane Abbott was last week keen to defend Assange from the US indictment but not to talk about the rape charges.

Equally, many of Assange’s detractors, who rightly stress the significance of the Swedish charges, ignore the dangers posed by the US indictment.

If the Swedish prosecutors reopen the rape case, the British government would have to make a decision about which extradition case should take precedence. The best outcome would be for Assange to face trial in Sweden.

The courts may decide that it is legal for Assange to be extradited to America. If that is their determination, what may be legally correct may also be a terrible outcome for press freedom.

In Matteo Salvini’s Italy, Good Is Bad and ‘Do-Gooders’ Are the Worst – The New York Times