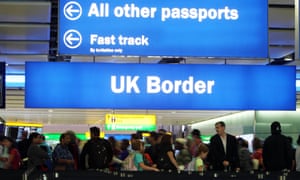 They are concerned that vulnerable children could become undocumented in the same way as the Caribbean children who came to the UK decades ago only to suffer at the hands of the Home Office’s hostile environment decades later.

Coram Children’s Legal Centre fears that children in foster care, in care homes, and others from vulnerable families could slip through the net of the new Home Office registration scheme for EU nationals after Brexit.

The Home Office estimates that between 10% and 20% of all applicants will be vulnerable, unable to provide documentary evidence of their time in the UK.

“If just 15% of the current population of EU national children fail to ‘regularise’ their status before the cut-off point, 100,000 children would be added to the UK’s undocumented child population overnight, nearly doubling it [the numbers of existing undocumented children],” said Kamena Dorling, group head of policy and public affairs at Coram.

About 5,000 children of EU nationals are separated from their parents and are in care and Coram is calling on the government to force local authorities to identify them now in order to get their settled status before the cut-off point in 2020 or 2021.

She has co-authored a report on “the EU settlement scheme on children and young people’s right to remain in the UK” based on its experience with 72 vulnerable children including one girl with learning difficulties.

It assisted them as part of a Home Office trial of the new settled status immigration category for EU citizens currently resident in the UK which will be rolled out nationally from 30 March.

Coram found that during the beta test, one in five children it assisted did not have the necessary documentation for the Home Office and more than half needed legal advice.

“Children and young people face a number of barriers to settlement, some of which are the result of policy decisions made by the Home Office in designing the scheme, and others which are pre-existing practical obstacles,” said the report.

“A lack of legal advice and assistance is likely to exacerbate these problems, and we are concerned about potential for poor decision-making and the absence of a right of appeal in the event of the UK leaving the EU without a withdrawal agreement,” it says in reference to the Home Office Windrush scandal. 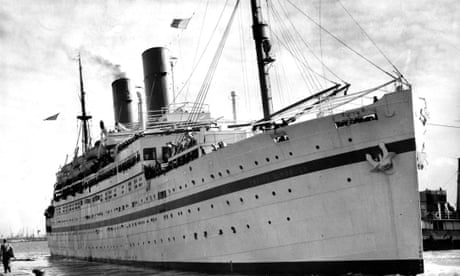 Far from being as easy as “shopping at LK Bennett” as claimed by former home secretary Amber Rudd, Coram found that the online process took an average of between an hour and an hour and a half to complete.

Where there were technical or documentary evidential problems, the process took up to 10 hours to complete, it said.

Coram is also concerned about the children or young people who may have committed crimes when teenagers.

“Children in care are much more likely to have a criminal record than those who are not. They could have a drugs offence, or multiple drugs offence three or four years ago. Having a criminal records interacts quite negatively with settled status,” says Marianne Lagrue, co-author of the report.

The Home Office has said that only those with serious criminal offences will be considered as potentially ineligible but that it will consider each applicant on a case-by-case basis.

Other children it has identified as vulnerable are victims of domestic violence or children whose parents will not or cannot provide them with paperwork to evidence their time in the country.

Children who are unable to prove the length of their stay in the UK could also be penalised and be awarded “pre-settled status”, a category for EU citizens who have ben in the country for fewer than five years.

“Those who don’t have records may only be given ‘pre-settled status’ when they have been in the country for eight years and that makes them more vulnerable down the line,” said Lagrue.

Another category of children made vulnerable by Brexit are those eligible for British nationality but without the resources to establish their citizenship. Coram wants the government to waive the £1,012 fee for all EU children eligible to be British.

The Home Office said it was working closely with local authorities and stakeholders on behalf of all “looked-after children” who are EU citizens.

“No one will be left behind,” it said in a statement adding this was “why we are working in partnership with vulnerable group representatives, local authorities and other experts to make sure we reach everyone.”

Sorgente: Thousands of children ‘could become undocumented’ after Brexit | UK news | The Guardian