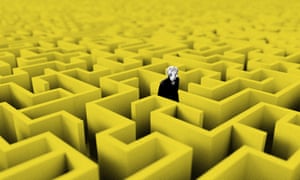 UK’s reputation for diplomacy, pragmatism and self-restraint has all but gone, say politicians and officials across EU

by Jon Henley and Guardian correspondents

When he started out as a young civil servant, said Alexander Graf Lambsdorff, a German MP from the liberal Free Democratic party, Britain was “always held up as a model of good diplomacy, of pragmatism and of self-restraint”.

That was then. Now, with the UK’s scheduled exit barely a week away and still no clarity in sight, “No one would sign up to that view,” Lambsdorff said. “Now, the UK is seen as neither pragmatic, self-restrained, nor a model.”

For politicians, diplomats and officials across the continent, the past two-and-a-half years of Britain’s fraught, seemingly interminable and increasingly shambolic departure from the EU have proved an eye-opener.

Some have responded with humour. Nathalie Loiseau, France’s Europe minister, said recently that if she had one, she would call her cat Brexit: “It wakes me up miaowing because it wants to go out. When I open the door, its sits there, undecided. Then it looks daggers at me when I put it out.”

Others have found it harder to laugh. To the shock of many, Brexit has revealed a country they long looked up to locked in a narrative of its own exceptionalism, talking mainly to itself, incoherent, entitled, incapable of compromise (with itself or its neighbours), wholly unrealistic, and startlingly ignorant of the workings of an organisation it has belonged to for nearly 50 years.

“Britain’s reputation is, there’s no denying it, much diminished,” judged Pascal Lamy, one of France’s most senior public officials, a former presidential adviser, European commissioner and World Trade Organization head.

Some British politicians are “on another planet”, Lamy said, incapable of seeing that Brexit is the infinitely complex diplomatic and legal equivalent of “trying to take the eggs out of an omelette. Even today, they spout the most monstrous nonsense. Many have still not landed in a place one could call reality. The cognitive dissonance is … remarkable.”

André Gattolin, vice president of the French senate’s European affairs committee, concurred. “It’s actually pathetic, and distressing for someone like me who has liked and admired Britain all his life, to watch these debates in Westminster,” Gattolin said. “MPs are suggesting solutions, possibilities, that just do not exist in the real world.”

The Brexit process feels like “some weird mix of Anarchy in the UK and one of those Agatha Christie detective stories where all the suspects are locked in a room talking to each other, with no interest in, or grasp of, what’s going on outside,” he said.

In practical negotiating terms, “efficient and knowledgeable” officials had been short-circuited, Lamy said, “cut out of both the decision-making and the action, replaced by people who are ideologically pure – and, of course, have royally messed things up”.

From the outset, recalled Tomáš Prouza, the Czech Republic’s then state secretary for EU affairs, British unpreparedness was clear. “Even before the referendum, when David Cameron met [the then Czech prime minister] Bohuslav Sobotka, I saw a very serious lack of preparation,” he said.

“Sobotka was a very technical person, interested in how to re-open treaties. Cameron had a complete lack of interest in the subject.” Worse followed: “We had meetings with David Davis when he had no idea what he was talking about. No idea of how EU treaties functioned.”

Most damaging of all, Prouza said, was Britain’s “sense of entitlement … It was all: ‘We are the UK, we are the big guys. You need us for business, in terms of security, you export so much to the British market.’” The result? “We always looked up to Britain as an example of how a country could be ideally run. All that has gone up in flames.”

Han ten Broeke, until last year an MP specialising in EU affairs who chaired the Dutch-UK parliamentary friendship group, agreed. “Like many, I’ve long been an admirer,” he said. “But I have to say I’ve been completely baffled by this lack of understanding in the UK.”

From the first hour, Brexiters painted “a wholly unrealistic picture. The belief that ‘WTO rules’ will save you, if sovereignty is shared it’s somehow not real … These are fundamental misunderstandings.” Britain should know, he said, that “from our perspective, it looks like you don’t know what you’re getting out of – let alone what you’re getting into.”

Alexandre Holroyd, a member of the French parliament’s European affairs committee and Franco-British friendship group, said Brexit had laid bare “how little real understanding there is, even in a national parliament, of how the EU works, of its rules and institutions”.

That might not be unique to the UK, Holroyd said. But as a country that had always adopted “a legal, rules-based approach to the EU”, how could Britain ever have imagined that member states and allies “with essentially the same approach wouldn’t maintain it when it came to the UK’s demands”?

Sandro Gozi, an MP from Italy’s centre-left Democratic party and former European affairs minister, said he was “surprised to see such improvisation from a British government on such a vital topic”, but that Brexiters had “presented the British people with a wide, straight, flat path – and are now on a very difficult mountain full of curves and uncertainty”.

The opacity of Britain’s Brexit blinkers has been compounded by an adversarial UK political system that defies compromise, many said, preventing the government from ever arriving at a settled view of what Brexit should mean and tying its hands in talks.

“When the Danes voted against the Maastricht treaty, the no campaign knew exactly what it wanted afterwards,” said Lykke Friis, a former Danish climate and energy minister who likened Brexit to “an endless roller-coaster impossible to get off”.

That clear vision “helped serve as a basis for the national compromise that the country worked hard on, and eventually reached, afterwards,” Friis said. “Sadly, it seems Britain doesn’t really do compromise.” She was “flabbergasted” by the face of a country she knew as “strategic, pragmatic, able to defend its interests”, she said.

Consensus, the basis of all politics in many countries on the continent, really matters, Ten Broeke said: “If the centre cannot hold – country before party – you’ll be taken hostage by the fringes. And if compromise is viewed as treason, not survival …”

Gunther Krichbaum, a Christian Democrat MP and member of the Bundestag’s European affairs committee, said the German public and politicians were “incredibly exasperated. Theresa May would have been well advised to approach the other side, rather than try to convince people in her party who could never be convinced.”

When he was asked in 2016 how Brexit would turn out, Krichbaum said, he had replied that he feared the EU27 would “struggle to put up a coherent front” and warned that the Brits were “excellent negotiators and savvy political communicators. I got it completely the wrong way around, on both counts.”

Some simply cannot believe the sheer spectacle Britain is now offering. In Ireland, where Westminster has long inspired a mix of awe, resentment and loathing, a nation is struggling to reconcile that legacy with today’s chaos.

“There are people who regard it as great television,” said Bobby McDonagh, a former ambassador to London. “But it isn’t funny.” But politicians and officials in Dublin still cannot help rolling their eyes at the present state of the mother of parliaments.

“A shit-show that just goes on and on,” said one official. “Makes you wonder how they ever ran an empire,” said another. “British politics is quite broken at the minute,” said Lisa Chambers, the Brexit spokesperson for Fianna Fáil, the main opposition party, more diplomatically. “People have been surprised just how chaotic it’s been.”

McDonagh, who spoke in a personal capacity, said perhaps Westminster’s venerable history was its drawback. “Part of the risk of being the mother of parliaments is to have an exaggerated sense of your own importance,” he said.

France’s Gattolin agreed. “There’s a reliving of a Churchillian past that no longer applies,” he said. “The world has changed.” Ágnes Vadai, an MP from the opposition Democratic Coalition in Hungary, said she had never seen “such complete uncertainty in Britain. I’ve spoken to MPs who support Brexit, and I think they’re living in an old world that doesn’t exist any more. The problem for Britain was never the EU.”

Geert Bourgeois, minister-president of the wealthy Belgian region of Flanders, said Belgians had been “astonished. What we have seen is very un-British.” A former senior Belgian diplomat regretted the absence of “the more practical and pragmatic British, the evidence-based policies”. He blamed a lack of responsible political leadership.

Some remain diplomatic in the face of everything. Spain would “not get into an analysis” of whether the UK was still a measured and reasonable place, a foreign policy official said.

In Germany, Lambsdorff said Europe had long smiled on harmless British eccentricities, but had now discovered another kind: “Eton games and Oxbridge rituals that appear to have taken over the House of Commons – and have very little to do with mature political decision-making.”