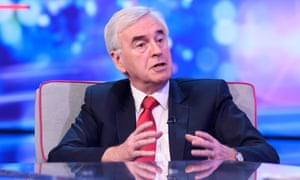 Labour is moving towards a compromise plan that would allow Theresa May’s Brexit deal to pass but make clear that parliament “withholds support” until it has been put to a public vote, according to multiple party sources. 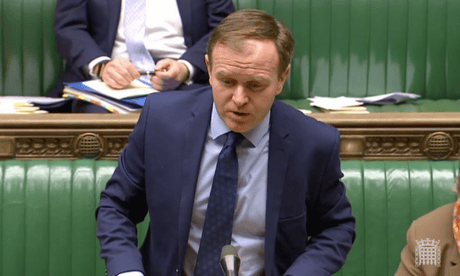 Those involved in talks said the Labour leadership was in favour of a redrafted amendment proposed by backbenchers Peter Kyle and Phil Wilson, which would see the party abstain on the Brexit deal if a second referendum were promised on those terms.

Kyle said he was now confident the Labour leadership would back his rewritten amendment, along with a number of Conservative MPs, meaning there was an increasing prospect it would succeed. “I have every reason to believe that this will get the necessary support when the time comes,” he said.

Senior Labour figures were unhappy that the original Kyle-Wilson amendment implied backing for May’s deal and a Tory Brexit. But Kyle said his amendment had now been recast in a way that commands the support of the Labour frontbench.

Under the new plan, the text of the amendment would make clear MPs were “withholding support” from the legislation until the people were given a decision in a second referendum. If it were to pass, Labour would then abstain on May’s deal.

The Kyle-Wilson amendment is expected to be put to a parliamentary vote on the same day as May tries to get her revised Brexit deal through the House of Commons – before or on 12 March.

“This ticks every single box and is the only credible proposal on the table right now,” Kyle said. “The amendment is full square within the policy and stated objectives of Jeremy and the party on a second referendum.”

Kyle said he had spoken to a huge breadth of MPs from John McDonnell and Keir Starmer to a number of people in May’s own cabinet as well as more junior ministers, and was confident it could pass.

Labour sources said Starmer, the shadow Brexit secretary, was still consulting widely across the parliamentary party to find a form of words that could win majority support.

But several MPs told the Guardian they believed Labour would now whip in favour of the redrafted Kyle-Wilson amendment.

McDonnell, the shadow chancellor, told ITV’s Peston that Labour would put forward its own amendment in favour of a second referendum when May puts her Brexit deal to a vote in the House of Commons.

“When the meaningful vote comes back – and we are told maybe that might be on 12 March – there are rumours today that it could be next week … That’s the time when we will have to put the amendment up,” he said. 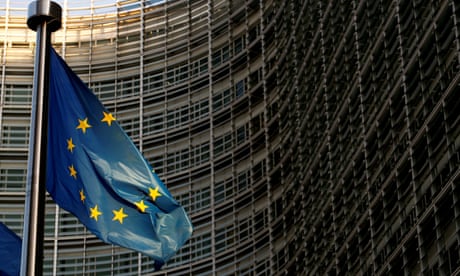 Any extension of article 50 must be a one-off, Brussels to insist

McDonnell stressed that Jeremy Corbyn’s party would also continue to press for its own Brexit vision and was still calling for a general election.

Clive Lewis, a shadow minister and supporter of a second referendum, said there “should be no sense of triumphalism” as it was a difficult situation for many Labour MPs because of the many varied views on Brexit within the party.

But he said the Kyle-Wilson amendment was acceptable to people from different positions. “There are lots of other countries where you have had a separate ratification referendum to reinforce what the public wants,” he said.

However, Labour is still facing fresh divisions over the timing and strategy for backing a second referendum, with some anti-Brexit MPs worried it will be put to a vote and defeated before there is a real chance of a parliamentary majority.

A number of Labour and Conservative MPs who support the people’s vote campaign said they believed 12 March may be too early to generate enough support across the Commons for a second referendum.

As it stands, a second referendum amendment on the same day as May’s meaningful vote would have to be voted on first, meaning MPs would have to make a decision on backing it before it was clear whether the prime minister’s agreement would pass.

“At most you will get 10 Tories if it’s put to a vote then. That is nowhere near enough to offset the Labour MPs who are not on board for whatever reason,” said one MP who intended to back any amendment for a second referendum. “You have to wonder if the Labour leadership are serious about the amendment passing.”

Another Labour MP suggested the timing made it look like Labour was “simply going through the motions” of backing a second referendum, without giving proper thought to how best to maximise support.

However, one shadow minister who strongly supports a second referendum also said the timing was not a huge issue as there could be another attempt at achieving a people’s vote if May’s deal is brought back to the Commons a third time when a no-deal Brexit is a much more serious possibility. “We think there are certain scenarios where it could pass. There is a path to a second referendum through parliament and that is what we are pushing the leadership to get to,” he said.

But a Labour MP with a strongly leave-voting constituency said the numbers who were against a second referendum were far greater than they had previously encountered. “There are people who I had down as committed members of the people’s vote campaign, just because of their politics and where their seats are, who have now privately said they would vote against it. All this is going to do is horribly expose yet another deep chasm in the PLP,” he said.