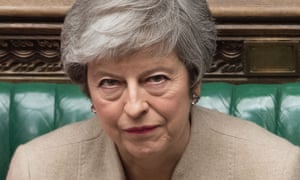 Conservative MPs from across the party are threatening to vote down any attempt by Theresa May to lead them into a snap election, warning it would split the Tories and exacerbate the Brexit crisis.

In a sign of the collapse in authority suffered by the prime minister, cabinet ministers are among those warning that there will be a serious campaign by Conservative MPs to vote against an election headed by May, a move she hinted at last week to break the Brexit deadlock.

The threat of an election immediately angered both pro-Brexit and pro-Remain MPs. May would need a two-thirds majority in the Commons to secure one, meaning a serious rebellion by Tories could block it. May would then be forced to secure an election by backing a no-confidence vote in her own government, which only requires a simple majority of MPs.

Foreign Office minister Alan Duncan said: “If we have a general election before Brexit is resolved, it will only make things worse.”

Antoinette Sandbach, a Tory MP who backs another referendum being held on any deal agreed by parliament, said she would vote against calling an election. “The answer is not a general election, and I would vote against that. We need to find a way forward in parliament and then put that to the people in a confirmatory referendum.”

Mark Francois, a member of the European Research Group of pro-Brexit MPs, said there was “not a chance” that Conservative MPs would back an election under May. “‘Of course they wouldn’t – not after last time. And remember, she needs a super majority to do it.”

With contenders for the Tory leadership already plotting their route to replace May ahead of another perilous week for her premiership, it emerged that:

• Pro-Brexit ministers are threatening to resign should May agree to adopt a permanent customs union with the EU this week.

• A new group of moderate Conservatives, led by Amber Rudd, has been organising in an attempt to stop the party moving further to the right under a new leader.

• Several more Tories are poised to support the idea of a referendum on any deal eventually passed by parliament. 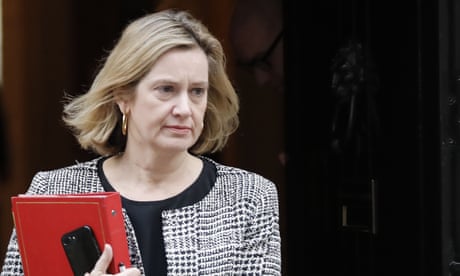 Another highly unpredictable week could see parliament force May to adopt a soft Brexit, and another attempt to pass her deal. More than 100 Tory MPs have also signed a letter calling on May to rule out a long extension to Britain’s EU membership, even if that means backing a no-deal Brexit.

Meanwhile, Labour’s deputy leader, Tom Watson, said his party should “embrace” the European elections on 23 May in the event of a Brexit extension, as he re-emphasised Labour’s commitment to a referendum to confirm any deal agreed by parliament.

“We now have until April 12th to either agree a new path to a viable Brexit deal, with an extension to article 50 that means taking part in European elections, or crash out with no deal,” he writes on theguardian.com. “I think Labour should embrace European elections just as we should welcome a general election that might get rid of this broken government. If we go into either contest with a positive policy on Brexit and say any final deal must be put back to the people, I am confident Labour can win.”

He added: “We already have a fund raised by local parties to pay for the campaign and I’ve asked our NEC [National Executive Committee] to develop a plan to get grassroots members involved in selecting candidates.”

Senior government ministers are now openly contemplating a long delay or no Brexit to avoid crashing out. Caroline Nokes, the immigration minister, wrote to a constituent that May’s deal “is dead”. She added: “There are some stark choices. For me it has to be in the direction of a long extension to article 50 and/or no Brexit rather than crashing out.”

Some cabinet ministers now want to vote for a softer Brexit in a new round of indicative votes on Brexit options on Monday. May is set to talk to her cabinet on a conference call on Sunday. When the process took place last week, the cabinet was forced to abstain.

Handing the cabinet the right to vote could be enough to secure a majority for a permanent customs union with the EU – a plan that would stop Britain signing its own trade agreements but would deal with many of the border issues.

May appeared to suggest to MPs on Friday that she could call an election if her Brexit deal was not passed, saying parliament was “reaching the limits of this process”. However, several influential Tory figures and ministers said there was a high risk Conservative MPs would vote against an election with May at the helm.

One cabinet minister said they believed many Tories would vote down an election, adding that other parties such as the newly-formed Change UK group would also oppose it.

Nigel Evans, executive secretary of the 1922 Committee of Tory backbenchers, said an election was a terrible idea that the cabinet would block. “I don’t believe the cabinet would allow her to do it,” he said. “Theresa May cannot call an election, she cannot be the leader who would lead us into it. The party would not tolerate it.”

Former Foreign Office minister Alistair Burt, who resigned last week after voting in favour of MPs taking control of the Brexit process also made clear he was strongly opposed to the idea of an early election: “I would be profoundly disturbed by a general election in the current circumstances of the country.”

Another minister said it would “merely add more chaos to the chaos”. One influential Tory said: “How many Tory MPs would actually want May to fight another election? Twenty? Half the cabinet would be against the idea. A huge number would vote against.”

However, other Tories predicted that while feelings were running high, May would be able to secure enough support for an election if she decided to call one. “It is not a great look for an MP to avoid their electorate,” said one former cabinet minister. Another MP against an election said: “We would be honour-bound to vote for it.”

An Opinium poll for the Observer reveals that May’s lead over Jeremy Corbyn on who would be the best prime minister has halved since last month, dropping from 15 points to 7 points. When Tory leadership hopefuls were pitted against Corbyn, Boris Johnson was the only one who had a lead over the Labour leader. A quarter of voters (25%) thought Johnson would be the best prime minister, compared with 24% for Corbyn.