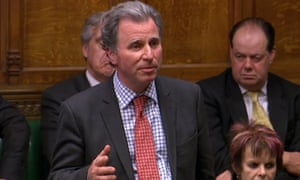 The Conservative MP behind a series of indicative votes in the Commons has insisted the process could still find a consensus despite Wednesday night’s first attempt ending in deadlock, saying a final collapse of Theresa May’s deal would focus minds.

Eight votes on alternative Brexit options, put before the Commons after MPs seized control of the parliamentary process from the government, resulted in no majority for any of them, although the vote was close on one softer Brexit option.

Oliver Letwin, the Tory former minister whose amendment created the process, said this was to be expected, and that if May’s deal is defeated for a third time if put to MPs on Friday, this could forge unity if the only other option was no deal on 12 April.

The process that led to Wednesday’s debate and indicative votes has also allowed time for a second series of votes on Monday, which the Speaker, John Bercow, has said he will permit.

Letwin said he had expected no majorities on Wednesday. “Of course the issue is – and nobody knows the answer to this yet – whether we can get to the point where parliament has a majority in favour of an alternative on Monday,” he told BBC Radio 4’s Today programme.

He said: “MPs will be voting on the basis of seeing what happened last time. And something else will have happened, which is that either the prime minister will have got her deal through on Friday, in which case all this is unnecessary and I’ll be breaking open the bottle of champagne.

“If it doesn’t then I think people will finally see that that isn’t going to happen by 12 April and I think quite a lot of Tories who didn’t vote for any of the options because they were, perfectly honourably, taking the view that until they had a last chance to vote for the prime minister’s deal they didn’t want to commit themselves to anything else, may come round and say: OK, we’ll choose among these options.”

The indicative votes capped a dramatic day in Westminster during which May promised her MPs she would step down from No 10 for the next stage of the Brexit process if her deal is passed.

The pledge led a number of Tory Brexiters to promise to follow Jacob Rees-Mogg and back the plan, amid expectations it could be timetabled for Friday. But soon afterwards the Democratic Unionist party announced it still could not back the plan, making success in the Commons much less likely.

The closest result on the indicative votes was to commit to Brexit with a permanent customs union, which lost by 272 votes to 264. The only other relatively close vote was a plan drawn up by the Labour MPs Peter Kyle and Phil Wilson, tabled by Margaret Beckett, to require a referendum to confirm any Brexit deal. This was lost by 268 votes to 295.

Other softer Brexit options sustained heavier defeats. A plan for “common market 2.0”, had 188 votes in support and 283 against. The Labour frontbench plan for a softer Brexit was defeated by 237 to 307.

All these options were not necessarily dead, Letwin said. “It’s very difficult to translate how people vote the first time, when they don’t know how other people are voting, to how they will vote when they can see how other people are voting, under new circumstances. So I don’t think one should make any assumptions about how it will be on Monday.”

He added: “At the moment we’re heading for a situation where under the law we leave without a deal on 12 April, which many of us think is not a good solution. And the question is: is parliament on Monday willing to come to any view in the majority about a way forward that doesn’t involve that result?”

Labour’s shadow business secretary, Rebecca Long-Bailey, said she also believed Wednesday’s lack of a majority was not terminal: “It was a productive day for MPs. Although there was no majority for one particular option, I think it showed that there were areas of commonality.”

She told Today: “What’s imperative now over the next few days is that parties across the house work with each other to find reasonable compromises to try and navigate a way out of this.”

At the same time, Conservative Brexiters said they had not given up on their plan. A proposal to leave the EU without a deal on 12 April, put forward by the Tory MP John Baron, lost by 160 votes to 400.

But Baron said this did not mean Britain leaving the EU without a deal on 12 April – officially the Brexit date after the Commons voted on Wednesday to extend it from 29 March – would not happen.