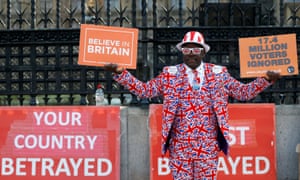 Follow all the latest on Brexit with our live blog

Liam Fox has piled pressure on his Westminster colleagues to vote the prime minister’s Brexit deal through, by warning they will undermine faith in mainstream politics by creating a “chasm of distrust” if they fail to do so.

On the day Britain was supposed to be leaving the EU, the international trade secretary said voters would feel “betrayed” if MPs did not pass Theresa May’s deal and that he feared the consequences.

MPs are set to vote in the Commons on part of the Brexit deal at around 2.30pm on Friday afternoon, with the prime minister splitting the withdrawal agreement and political declaration in a bid to get it across the line.

On Thursday night Newsnight reported that a cabinet minister, when asked why May was pressing ahead with another vote she was sure she would lose, replied: “Fuck knows, I am past caring. It’s like the living dead in here.”

Fox, a leading Brexiter in the cabinet, told BBC Radio 4’s Today programme: “A lot of people voted in the referendum who had not voted in general elections or other elections in recent years and felt that this was one time when their vote genuinely would count because we were outside the constituency system. I think that those people will feel very betrayed if we don’t deliver it.”

He added: “It is in fact really the last chance we have to vote for Brexit as we understood it today … It’s not just the Brexiteers, there are a lot of Labour MPs in seats that heavily voted leave who would like to do what they believe is their democratic duty.

“But party politics has got in the way of that and I think all MPs will have to carefully reflect today who are the masters and who are the servants in our democratic process. You’re actually answerable to the voters, not the party whips, on this issue.”

The legally binding withdrawal agreement would end the country’s membership of the EU. It would cover the £39bn divorce payment, rights for EU citizens in the UK and Britons staying in other EU countries, as well as the Irish border backstop.

The motion, which is not expected to pass, as it faces stiff opposition from both Labour and the DUP, does not include a political declaration governing Britain’s future relationship with Brussels.

The Labour MP Keir Starmer, the shadow Brexit secretary, described May’s bid to get the deal through by splitting it as “a desperate measure”, adding: “We’ve always said the problem with the deal is it’s blind, it’s so thin. Take the political declaration off and it’s completely blind. You’ve no idea what you’re really voting for. Taking the political declaration off makes a bad situation worse. It’s the blindest of blind Brexits.”

He told the Today programme: “Now the prime minister has said she is going to be stepping down so the political declaration, the future relationship, is going now to be determined in a Tory leadership exercise, because even if this prime minister gave us assurances about what she’s going to do in the future, they don’t mean anything any more.”

If May fails to win the vote, as expected, MPs are likely to return to the Commons on Monday to vote again for a set of indicative options after parliamentarians failed to reach a consensus this week. Asked which option he preferred, Starmer replied: “I think a customs union plus single market alignment is the only way to deliver for the economy and on the Northern Ireland border.” 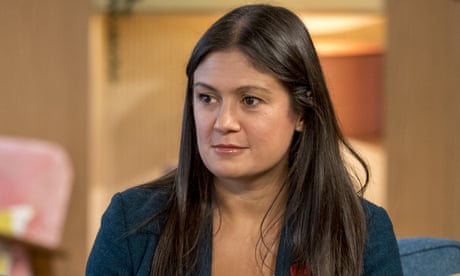 “It’s a reluctant decision because I recognise, like many of my colleagues, that there are some fundamental flaws with this process,” he told the Today programme. “But that notwithstanding, I think that what we face is a parliament made up substantially now of people who just simply do not want Brexit to take place.

“That majority makes it almost impossible for us to do anything other than essentially to get what we have on the table.”

He added: “I do think it’s time for us to take a decision, which is we want to leave. We want to be able to say to our constituents, we have left, there is more that has to be done. A new leader can therefore take that forward and a leader that really believes in Brexit.

“Because the problem has been, the negotiations have been conducted under the idea that this is a damage-limitation exercise.”

He declined to say who he wanted to take over as leader but ruled himself out as a candidate. “I’m probably about the only person not putting my hat in the ring,” he added. He called for a new leader that “actually believes in Brexit”.

It is the third time May has brought her Brexit deal to the Commons after the first two bids failed spectacularly with heavy defeats. May has been forced to split the deal as the Speaker, John Bercow, ruled that the government could not continually bring the same one back to parliament.

If the motion passes, May has until 22 May to get the rest of the legislation through the Commons. But if it fails, the country would be scheduled to leave the EU on 12 April.