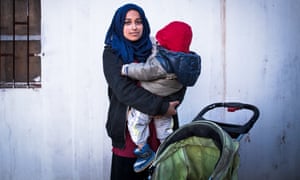 An American woman captured by Kurdish forces after fleeing the last pocket of land controlled by Islamic State says she “deeply regrets” travelling to Syria to join the terror group and has pleaded to be allowed to return to her family in Alabama. 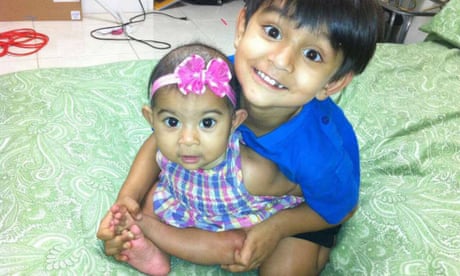 Agonising hunt by US father for children trapped in Isis enclave

Once one of Isis’s most prominent online agitators who took to social media to call for the blood of Americans to be spilled, Hoda Muthana, 24, claims to have made a “big mistake” when she left the US four years ago and says she was brainwashed into doing so online.

Speaking from al-Hawl refugee camp in northern Syria, while her 18-month-old son played at her feet, Muthana said she misunderstood her faith, and that friends she had at the time believed they were following Islamic tenets when they aligned themselves to Isis.

“We were basically in the time of ignorance […] and then became jihadi, if you like to describe it that way,” she said. “I thought I was doing things correctly for the sake of God.”

Muthana is the only American among an estimated 1,500 foreign women and children inside the sprawling camp of 39,000 people, which is situated about two hours from where a final battle to oust extremists is days from being completed.

Her experience in the so-called caliphate tracks the arc of Isis’s shocking rise and precipitous collapse over five brutal years. Muthana fled her home and took a flight to Turkey in November 2014 after several months of planning, which she kept secret from her family.

She settled into the Syrian city of Raqqa, then one of Isis’s two main hubs – the other being Mosul in Iraq – where she married an Australian jihadist, Suhan Rahman, the first of her three husbands.

Rahman was killed in the town of Kobanî, and soon afterwards Muthana angrily tweeted: “Americans wake up! Men and women altogether. You have much to do while you live under our greatest enemy, enough of your sleeping! Go on drivebys, and spill all of their blood, or rent a big truck and drive all over them. Veterans, Patriots, Memorial, etc day … Kill them.”

For many months in 2015, her Twitter feed was full of bloodcurdling incitement, and she says she remained a zealot until the following year. She now says her account was taken over by others.

Soon after, she married her second husband, a Tunisian fighter, with whom she had her son, Adam. Her husband was killed in Mosul, and Muthana retreated with dozens of other women deeper into Isis’s ever-shrinking land, where she briefly married a Syrian fighter last year.

Muthana says her family in Alabama were deeply conservative and placed restrictions on her movements and interactions, factors she claims contributed to her radicalisation. “You want to go out with your friends and I didn’t get any of that. I turned to my religion and went in too hard. I was self-taught and thought whatever I read, it was right.

“I look back now and I think I was very arrogant. Now I’m worried about my son’s future. In the end I didn’t have many friends left, because the more I talked about the oppression of Isis the more I lost friends. I was brainwashed once and my friends are still brainwashed.” 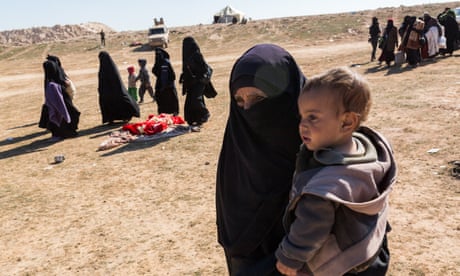 Six weeks ago, Muthana fled the village of Susa, not far from the current frontline in Baghuz. She said she slept in the desert for two nights with a group of Isis exiles. She was eventually captured by Kurdish forces who transferred her to al-Hawl, where she now mingles with wives and widows of fighters from around the world.

The women cannot leave the camp and are escorted to meetings by armed guards. They have access to food and some aid.

At al-Hawl, grudges from over the past four years have surfaced and new alliances and enmities have formed; the foreign women of the camp fall gang-like into three categories: Russians, Tunisians and other westerners, camp residents say.

“They [Russians and Tunisians] are making life hell for us,” said a Swedish detainee, Lisa Andersson. “If you go outside the tent without your burqa, or say something to the management, they beat you or your children up. They threaten to burn your tent.”

Andersson’s one-year-old daughter died in the camp a month ago, and she blames her death on substandard healthcare. Emphasising the desperate plight of some of the Isis children, Khadija Suleiman, a South African woman, has taken two German boys into her care. Their father is detained in a separate camp and their mother is dead. She is also caring for a French orphan.

Muthana describes her experience with Isis as “very mind-blowing”. “It was like a movie. You read one book and think you know everything. I’m really traumatised by my experience. We starved and we literally ate grass.”

Donald Trump on Sunday urged western countries to repatriate captured fighters, appearing to ignore the fact that his administration has shown little enthusiasm for doing so.

“The United States is asking Britain, France, Germany and other European allies to take back over 800 Isis fighters that we captured in Syria and put them on trial,” the US president said. “The caliphate is ready to fall. The alternative is not a good one in that we will be forced to release them …”

Muthana said she had not been in contact with US officials since her capture. “I would tell them please forgive me for being so ignorant, and I was really young and ignorant and I was 19 when I decided to leave. I believe that America gives second chances. I want to return and I’ll never come back to the Middle East. America can take my passport and I wouldn’t mind.”