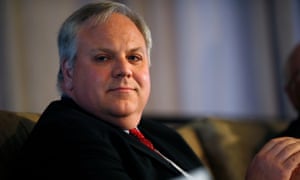 David Bernhardt, a former oil and gas and water lobbyist, will be nominated to run the interior department, Donald Trump tweeted.

Bernhardt was deputy secretary and has been running the department since Ryan Zinke stepped down at the end of the year. Environmental groups have accused him of making regulatory decisions on the country’s natural resources to benefit industries, and he has led plans to weaken endangered species protections.

He is expected to continue the Trump administration’s priorities to advance oil and gas drilling and mining on or near public land. 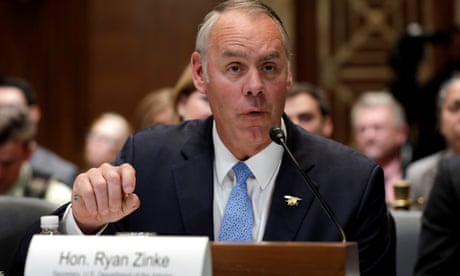 In a statement, Bernhardt called it a “humbling privilege to be nominated to lead a department whose mission I love, to accomplish the balanced, commonsense vision of our president”.

Bernhardt’s reputation as a technocrat working efficiently behind the scenes stands as a 180-degree turn from that of his flamboyant predecessor. Zinke grabbed attention when he rode a horse to his first day at the department. Zinke soon was garnering headlines over allegations involving travel and allegations of possible conflicts of interest.

Bernhardt has remained low-profile as Trump weighed him and a half-dozen other reported contenders, chiefly western lawmakers, as successors to Zinke.

As acting secretary, Bernhardt drew criticism in recent weeks from environmental groups, tribes and others for continuing to process paperwork for oil and gas projects while other agencies were closed for routine work during this winter’s partial government shutdown.

The interior department called its effort important to bolstering US energy independence.

“Bernhardt got this nomination as a reward for months of work cramming America’s natural heritage into a wood chipper,” said Kieran Suckling, the executive director of the Center for Biological Diversity advocacy group, one of many environmental organizations condemning Trump’s intended nomination. “Confirming him as interior secretary would be a boon to polluters and a colossal disaster for our public lands and endangered species.”

The Arizona Democrat Raul Grijalva, chairman of the House natural resources committee, said lawmakers would be watching to see whether Bernhardt’s former industry ties were influencing his policy decisions.

“David Bernhardt spent much of his career lobbying for fossil fuel and agricultural interests, and the president putting him in charge of regulating his former clients is a perfect example of everything wrong with this administration,” Grijalva said in a statement. 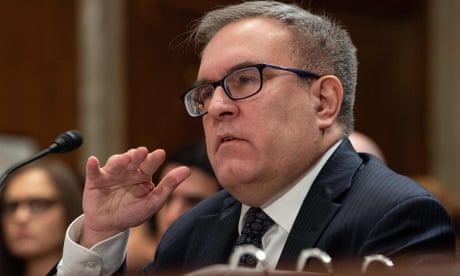 “David Bernhardt … brings tremendous leadership with him from our home state of #Colorado and I look forward to a swift confirmation process,” congressman Ken Buck tweeted.

Bernhardt, who is from Colorado, first served in interior as a political appointee under George W Bush, becoming the agency’s top lawyer.

After his first round at interior, Bernhardt worked at a Washington law and lobbying firm on behalf of mining companies, oil and gas giants, a politically powerful western water agency and other groups that have business before the interior department.

Coming back to interior as Zinke’s deputy, Bernhardt recused himself from decisions involving a long list of former industry clients to avoid conflicts of interest under ethics rules.

Under leadership of Zinke and Bernhardt, the interior department has pushed to open more Alaskan wilderness and offshore waters to oil and gas development.

The Associated Press contributed to this report

… we’re asking readers to make a new year contribution in support of The Guardian’s independent journalism. More people are reading and supporting our independent, investigative reporting than ever before. And unlike many news organisations, we have chosen an approach that allows us to keep our journalism accessible to all, regardless of where they live or what they can afford. But this is only possible thanks to voluntary support from our readers – something we have to maintain and build on for every year to come.

Readers’ support powers The Guardian, giving our reporting impact and safeguarding our essential editorial independence. This means the responsibility of protecting independent journalism is shared, enabling us all to feel empowered to bring about real change in the world. Your support gives Guardian journalists the time, space and freedom to report with tenacity and rigor, to shed light where others won’t. It emboldens us to challenge authority and question the status quo. And by keeping all of our journalism free and open to all, we can foster inclusivity, diversity, make space for debate, inspire conversation – so more people, across the world, have access to accurate information with integrity at its heart. Every contribution we receive from readers like you, big or small, enables us to keep working as we do.

Please make a new year contribution today to help us deliver the independent journalism the world needs for 2019 and beyond. Support The Guardian from as little as €1 – and it only takes a minute. Thank you.