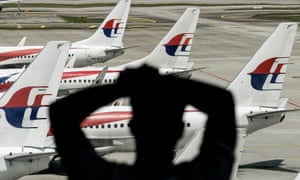 Australian investigators have delivered their final report on the disappearance of Malaysia airlines flight MH370, saying the inability to bring closure for victims’ families was a “great tragedy” and “almost inconceivable” in the modern age.

It has now been three-and-a-half years since MH370 and its 239 passengers and crew were lost during a journey between Kuala Lumpur to Beijing.

Despite the largest and most expensive underwater search in history, the plane’s location has remained a mystery.

On Tuesday, the agency that coordinated the underwater search, the Australian Transport Safety Bureau (ATSB), released its final report into MH370’s disappearance.

The report gives significant detail on the search but offers little in the way of new evidence about the plane’s location. The search is only likely be reopened if credible new evidence emerges.

“It remains a great tragedy and we wish that we could have brought complete closure to the bereaved,” the ATSB chief commissioner, Greg Hood, said. “I hope, however, that they can take some solace in the fact that we did all we could do to find answers.”

The operation to find MH370 was suspended in January, after 1,046 days, causing anger among the relatives of some victims.

The suspension followed an unsuccessful underwater search 2,800km off the coast of Western Australia, which used an AU$160m deep-sea sonar search over 120,000sq km (46,000 sq miles).

The search, despite finding no new evidence of MH370’s whereabouts, helped to eliminate a large stretch of ocean as the location. The ATSB report said that meant the understanding of MH370’s location “is better now than it has ever been”.

“The underwater search has eliminated most of the high probability areas yielded by reconstructing the aircraft’s flight path and the debris drift studies conducted in the past 12 months have identified the most likely area with increasing precision,” the report said.

Following the underwater search, a re-analysis of satellite imagery had narrowed the plane’s likely resting place to an area of less than 25,000 square kilometres, the ATSB said. 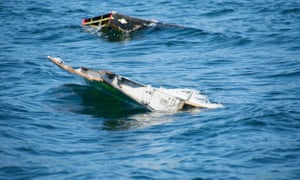 A second Australian agency, the Commonwealth Scientific and Industrial Research Organisation, released a separate report on the search on Tuesday. Its report confirmed that early surface area searches, conducted immediately after MH370 went missing between March to April 2014, were effective.

The location of the Boeing 777 has become one of aviation’s greatest mysteries, unable to be solved by a multinational effort involving ships and aircraft from countries including India, China, the US and Australia.

MH370 veered off course and continued to fly for seven hours but sent no automatic transmissions after the first 38 minutes of flight. The plane’s last position was recorded at the northern tip of Sumatra.

The first 52 days of the surface search covered an area of several million square kilometres, while a simultaneous underwater search sought any sign of the aircraft’s underwater locator beacons.

Investigators were working from scant evidence. Initially, they had only aircraft performance information and satellite communication metadata, which were never intended for tracking an aircraft or pinpointing its final location. 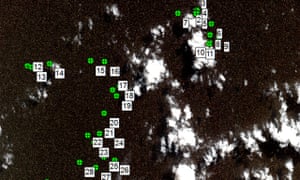 Subsequently, long-term drift studies were used to trace the origin on MH370 debris, which had been floating for long periods, in some cases more than two years.

More recently, debris was found on the shores of Indian Ocean islands and the east African coastline, in 2015 and 2016.

The new discoveries, along with a re-analysis of satellite imagery, helped investigators narrow the area within which MH370 went down.

The apparent cutting off of communications equipment on the plane, particularly the transponder, confused investigators. The transponder could have been used to send coded messages to ground crews in the event of an emergency.

Other theories have involved sabotage, electrical failure, fire, depressurisation of the cockpit, or personal or psychological problems of the passengers. Political hijacking has been ruled out by investigators.

But the ATSB’s report found the reasons for the loss of MH370 could not be established with any certainty until it is found.

“It is almost inconceivable and certainly societally unacceptable in the modern aviation era with 10 million passengers boarding commercial aircraft every day, for a large commercial aircraft to be missing and for the world not to know with certainty what became of the aircraft and those on board,” the report said.